We are all doing our bit for the Olympics 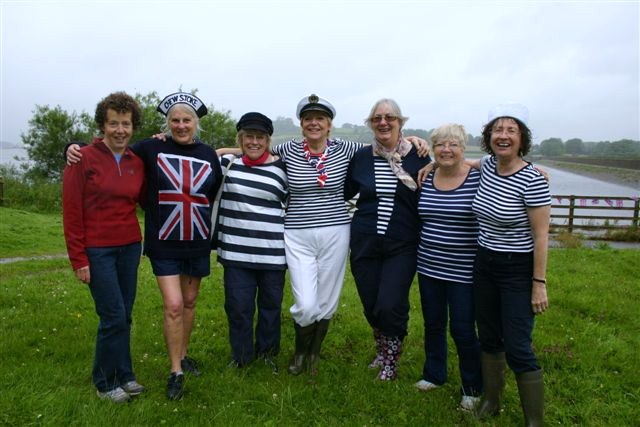 Unless you have read this on-line already, by the time you read it in your Newsletter the Olympics will be in full swing and CVLSC will have done and still will be doing its bit to support the games – especially so the Olympic Sailing Events; none more so than Club members Helen Martin and Steve Turner.

It is pleasing to know that it has been confirmed that Helen Martin is a part of the Results Team on the finish boat, and partner Steve Turner has been selected as a Course Marshall.

However the enthusiasm for the Olympics overall has also been demonstrated in all communities and none more so than with the local branches of the Women’s Institute in the Valley and surrounding districts. The WI wanted to create a fun type Torch run of their own and so decided that they would all unite by passing an Olympic Torch (replica of course) from one branch of the WI to another on its journey around the Valley.

As I understand it “Transport” was put forward as the being the theme for each WI group, and so the club was approached and asked if the torch could be carried by the Chew Stoke WI group to the Bishop Sutton group by sailing it across Chew Valley Lake in a dinghy; the initial transport to Woodford Lodge entrance being on horseback.

With no opposition from BW and with total support from the Sailing Club, this leg of the torch journey took place on Saturday the 7th of July at 12 noon. A Wayfarer sailed by Peter Cheek and myself, with Shirley Marsh carrying the torch, was the chosen mode of transport.

We set off from the Club Pontoon in a fairly brisk breeze, in fact brisk enough to get the boat and torch to the slipway at the Picnic Area some minutes before the main party could drive around from the club to meet us. Also waiting were the Bishop Sutton WI who, following a little light refreshment, were then going to take the torch on its next leg to Temple Cloud.

OK so it’s not quite the real thing, but it does demonstrate the eagerness and attitude being shown by folk in the valley to get involved with the Olympics. Especially so the enthusiasm demonstrated by the various WI groups and the Sailing Clubs willingness to get involved in community activities; we are a part of this community and it was our pleasure to be a part of their enthusiasm. 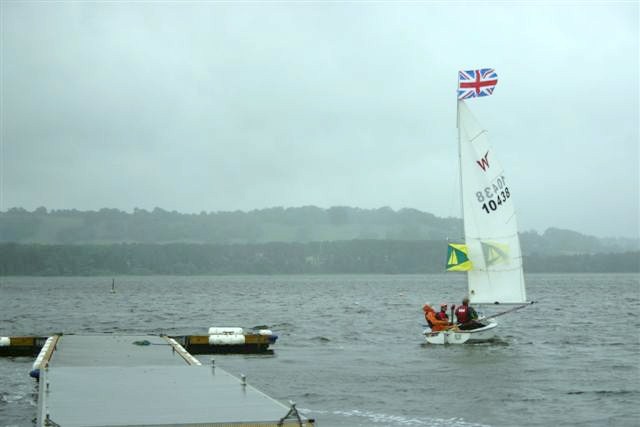