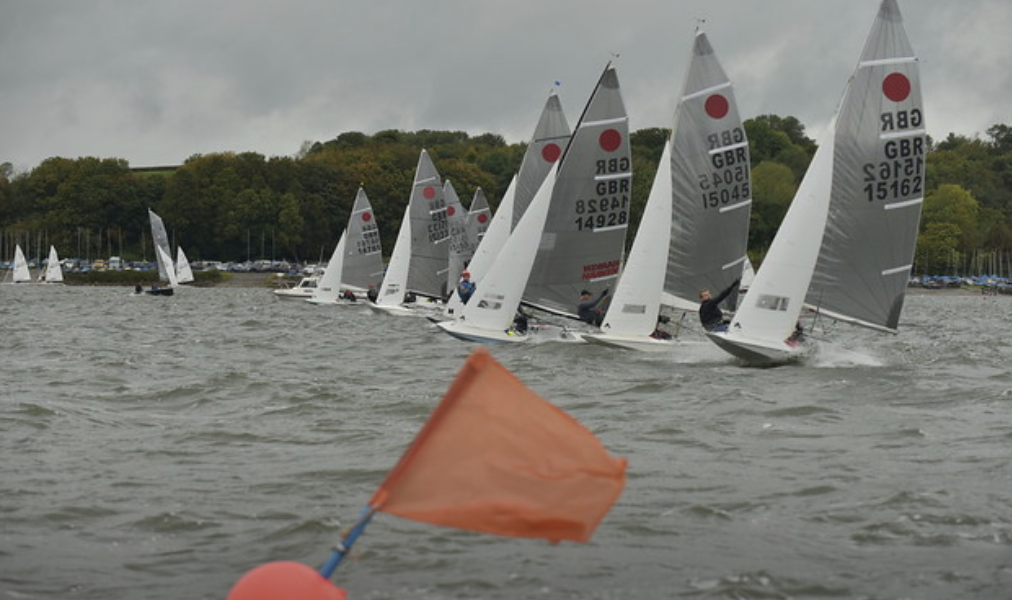 Fireballs at the Open Meeting

Many members have been upset by the sad news about Mike Bracey – an iconic figure at the Club for so many years. Following Helen’s brief tribute to Mike circulated two weeks ago, here is a link to a longer piece which originally appeared in an old newsletter (some of you may remember when the colourful, paper versions were sent out quarterly!) written when Mike stood down as Hon. Bosun. A reminder too that the family have requested no flowers; donations to the RNLI in Mike’s memory are much appreciated.
https://www.chewvalleysailing.org.uk/mike-bracey-a-tribute/

Whilst I have been bobbing around Taiwan and the Philippines on a small ship (and yes, it did some considerable bobbing from the effects of the nearby typhoon around Japan!), I have relied on ‘informers’ to keep me abreast of what has been going on – lots it seems!

I’m told it was windy, but despite this almost 40 boats got stuck in and with Pete Sherwin and Ken Comrie in charge, the racing was good.
As usual, the largest fleet was the Lasers, and girl power ruled the day. Jenny Cant was victorious closely followed by Lizzie Cooke. Martin Jeremy finished 3rd.
The Handicap fleet suffered a profusion of Seaflys, those grand looking, large powerful beasts – the galleon of choice by our duties supremo, Tom Skailes. In fact it was Seaflys in first and third place in the hands of George and Will Odling, sandwiching the RS100 of Steve Jones in second.
Andy Bones and Lynne Adams won all three races in the Flying Fifteen fleet, and Chris Meredith counted three first places to win the Solo fleet prize.

The whole Chew duty team, lead by Race Officer Rob Mitchell, did a great job all weekend, and praise has been heaped on the Club by many visitors. The variable light wind on Saturday made things difficult, but on Sunday, once the wind filled in, there was more than enough to please everyone.
The largest fleet was the Merlins, with 20 boats. The ultimate winners, Andy Davis and Pippa Kilsby from South Staffs, and runners up Chris Gould and Chris Kilsby from Midland, shared winning every race between them. Matt Biggs and Beka Jones from Blithfield finished 3rd.
Matt and Hannah Greenfield did well for Chew in 11th place, despite a ‘U’ flag DSQ in race 1 – what were you thinking about Rob….?
There were 13 Flying Fifteens, and Chew boats ruled the waves! Ian Cadwallader and Dave Sweet dominated with 4 wins. Andy Bones and Josh Preater finished 2nd, collecting a win in race 3. The first visitors were Michael Clapp and Howard Shawyer from Datchet.
The 10 strong Fireball fleet saw a tussle all weekend between Dave Hall (ex Chew) and Paul Constable, and Kevin Hope and Russell Thorne (again ex Chew). They finished in that order with Dan Johnson and Ben Latham from Weston 3rd. Chew had 3 boats competing, including relative new members Matt Scott and Doug Byatt.
The Yachts and Yachting articles about the open meeting are well worth a read.
We owe a big debt of thanks to everyone involved in making the weekend so successful, especially having to cope with the portaloos! Helen assures me the sewage situation is now resolved.

Helen also wanted to give a huge thank you to the 40+ members who supported the Committees by attending the AGM last week on a truly foul night. As always there were some thoughtful questions and comments for us to think about.

And finally, well done to Paul Smalley who finished 10th at the Endeavour Trophy, the ‘Champion of Champions’ event sailed annually at Burnham on Crouch. This year he was representing the K1 Class with Mari Shepherd in a borrowed RS200. All 30 boats were sailed by the various classes National Champions, and with 4 crewed by past or present Olympians, the racing was challenging. Check out the Sail-World website for reports and photos.

Not sure it is such a great idea going straight from Summer Points to Winter! Never mind – get those dry suits dusted off to enjoy the fuller lake and (usually) better breezes for the next two months.

Race Officers Keith Harris and Claire Jefferis will be assisted by volunteers from the Handicap fleet to run this day which is usually well supported by RS200s from around the South West. The fun starts at mid-day.

Chew invites sailors to join us for a Fast and Slow handicap race in the morning for the RNLI shield trophies.
In the afternoon there will be a Pursuit Race for the prestigious Chew Rose Bowl.
No entry fee is charged for the day, but everyone is encouraged to donate at least £5.00 to the RNLI.
Also the Top Club trophy is awarded to the visiting club with the best score for their top 3 boats.

Get this date in your diaries. Recognition will be given to all the racers who have competed in our year’s points series, and trophies are presented.

We are hosting this event organised by Wiltshire Wildlife Trust for all SW water users. If anyone is interested in finding out more and joining me for the day, please do get in touch. commodore@chewvalleysailing.org.uk

Happy sailing! (And many thanks to Ed Higham and Errol Edwards for the pictures from the Open Meeting) 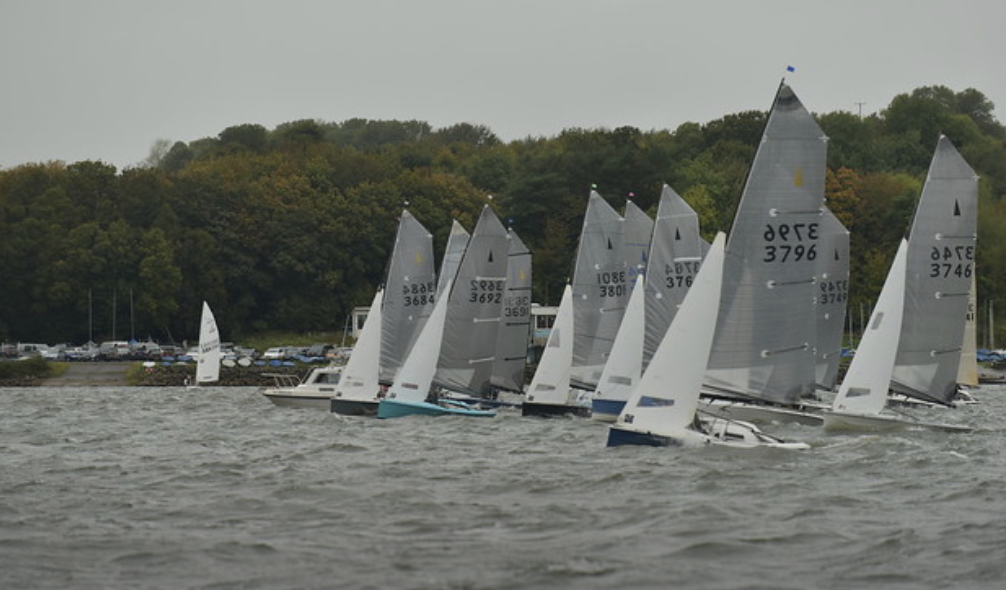 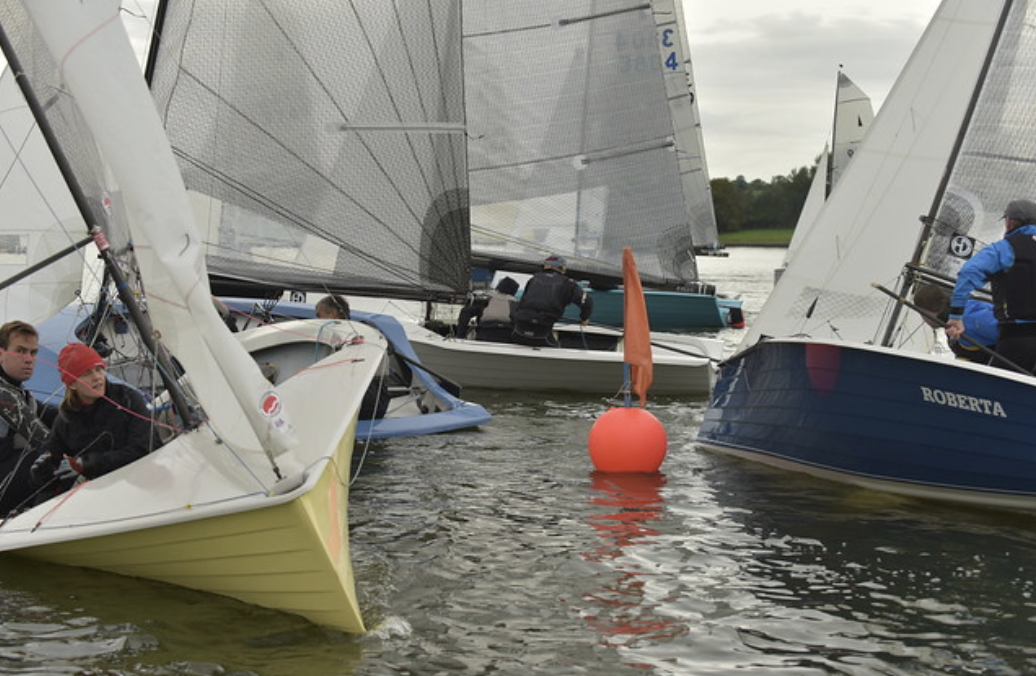 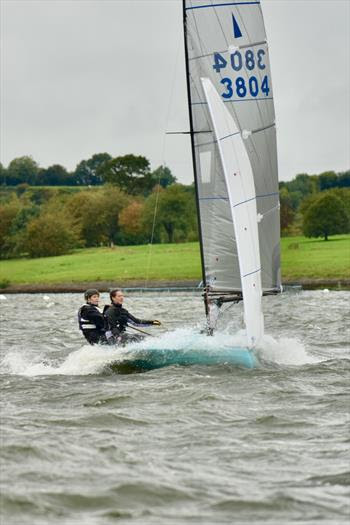 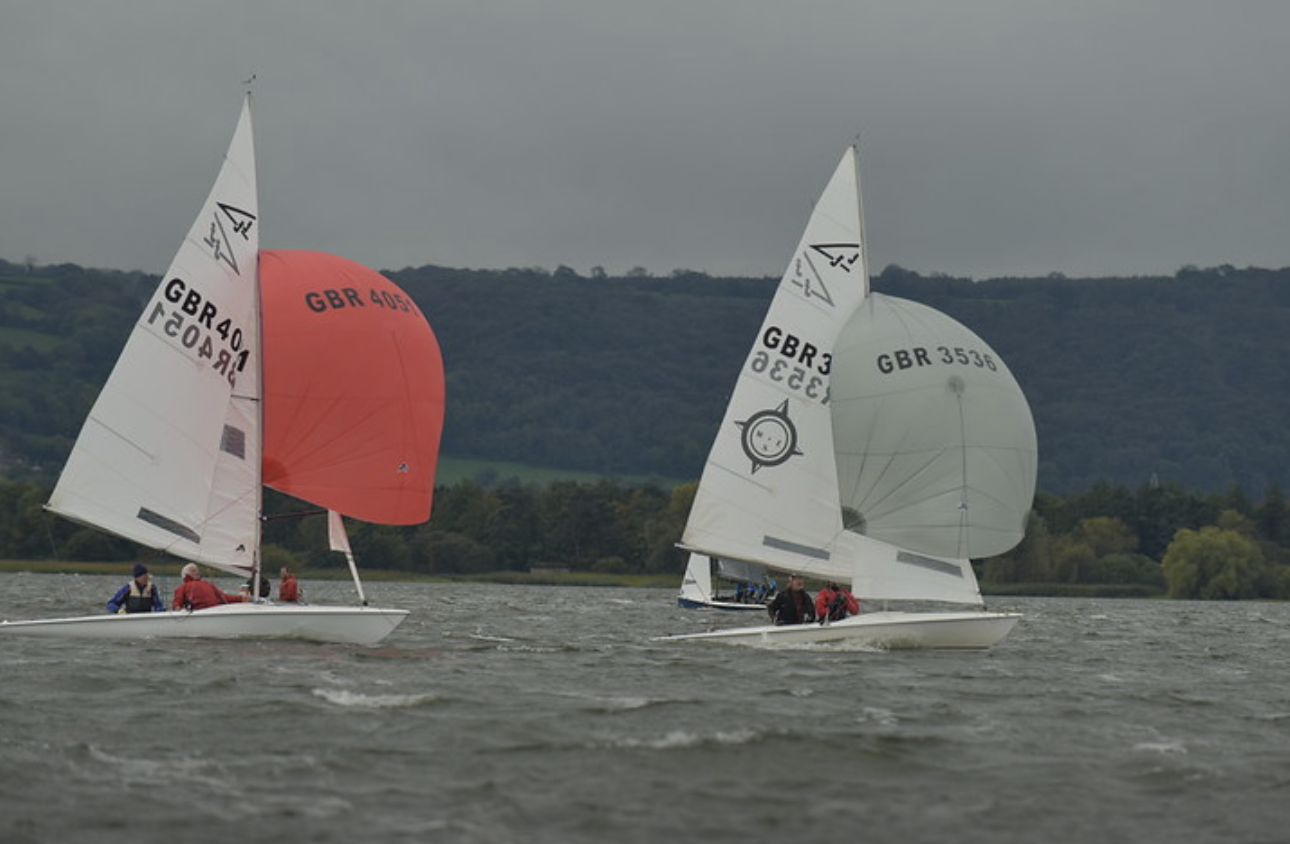 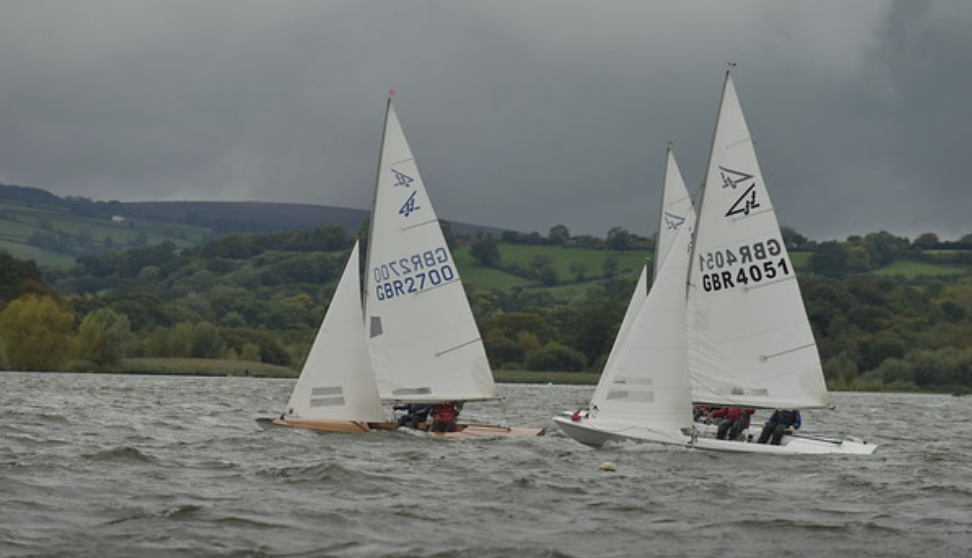 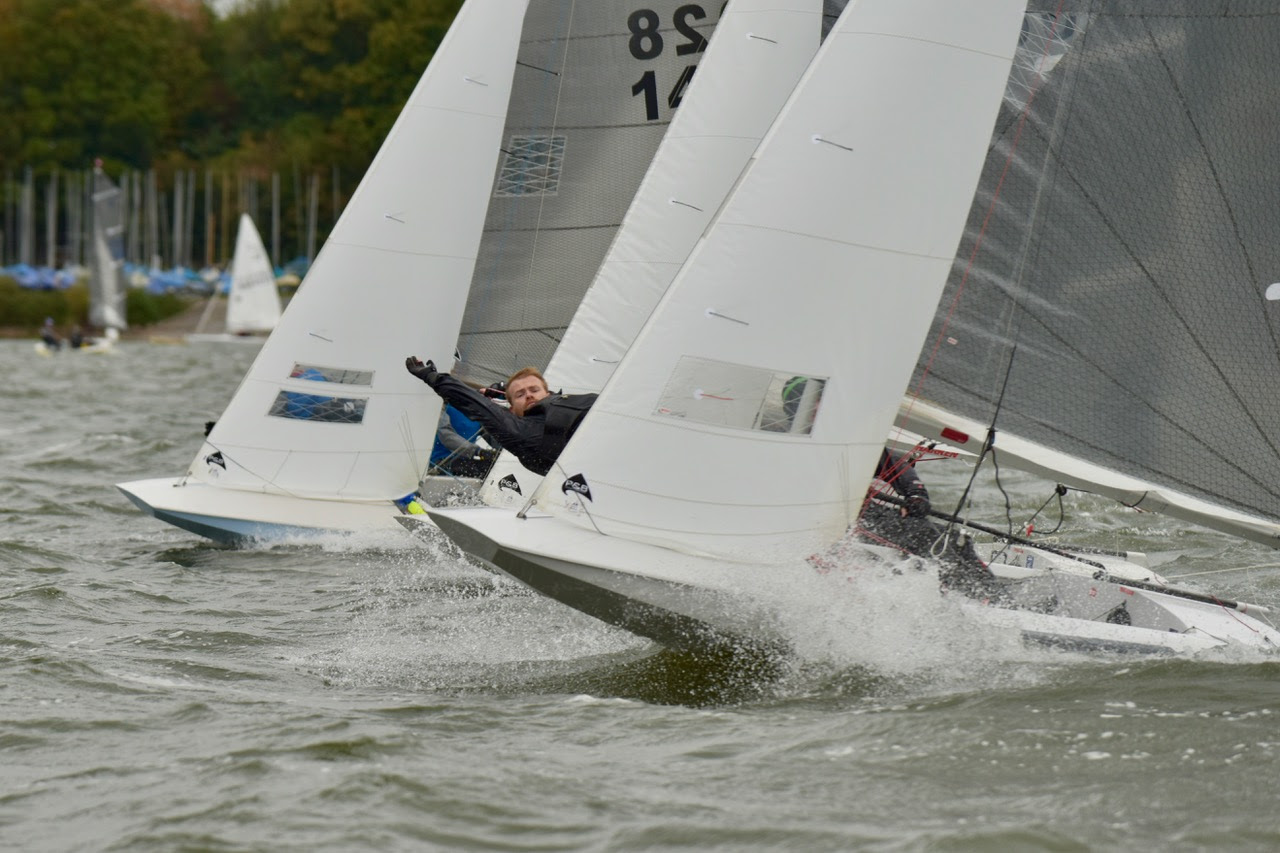 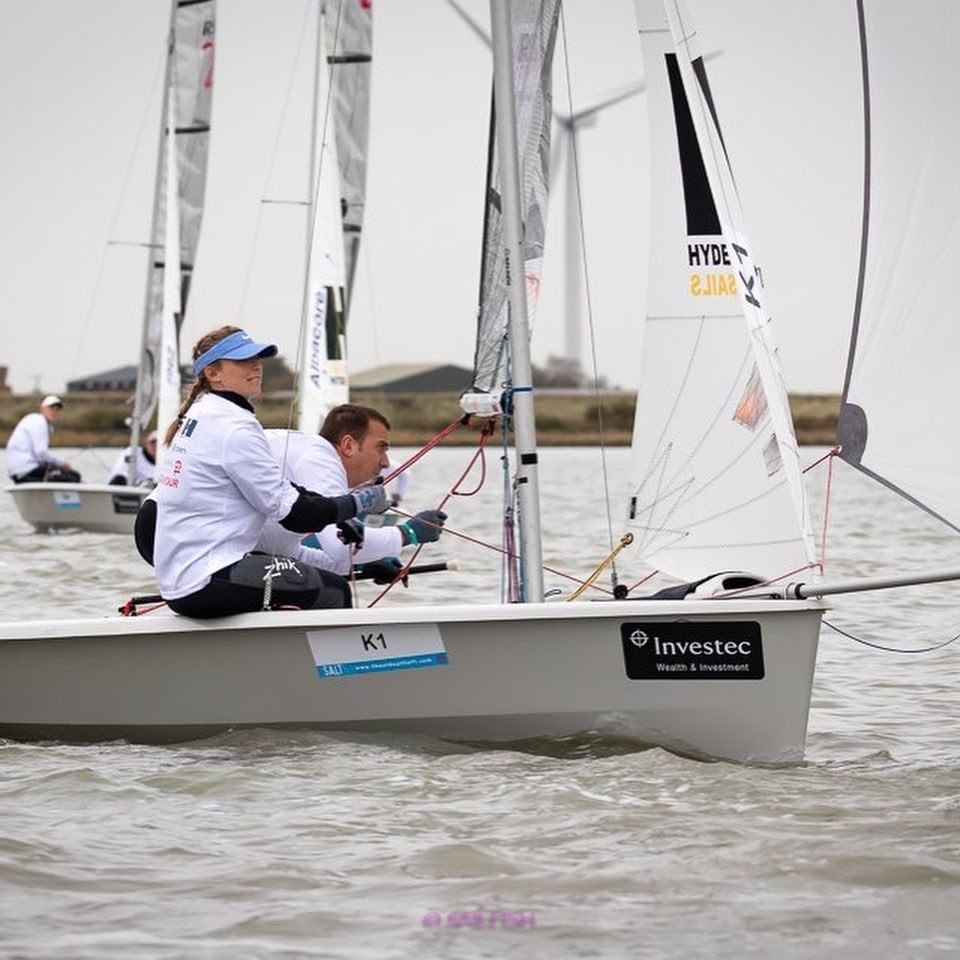 Paul Smalley and Mari Shepherd at the Endeavour Trophy