That is a man desperate for a sail!

Two weeks have flown by (!)

since the last News, and dare I even think the country’s mortality figures look a little better. Maybe some sort of change is in sight? Meanwhile, one or two of you have been letting me know how you have been passing the time!
Many thanks to Errol Edwards for giving you all some insight into the potential delights of Dragonflite 95 building. And total respect to Chris Meredith for losing no time in practicing with his best Solo sail…….awesome! (See the pictures!). I think he was trying out the theory from Toby’s ‘Upwind Sailing’ video – don’t miss it.

Some words from Helen –

Is it really the start of week 6 of “lockdown”? What can I tell you?
A nice circular story of mutual cooperation and communication:
-Tues am. CVLSC member spots that the chain to the padlock on fisherman’s gate (not ours!) has been cut
-Member emails me
– I get in touch with BW. Ranger goes down immediately, sorts padlock and chain, has a good look around, informs the PCSO, who also goes down and checks everything.
-PCSO then informs me (Tuesday pm,) in case we didn’t know.
The rota of locals visiting the site as part of their daily exercise continues and approximately once a fortnight Steve and I check the Committee Boat and clubhouse.

Although our outgoings are greatly reduced, it’s been timely that we are now up and running with online banking. Thank you to Brian (Treasurer) and Rosie (Membership) for their research, very long phone calls and working out the system for the checking and dual authorisation of every payment.

As I write 292 members have renewed and 30 have told us they are not renewing. Until now we have deliberately held off sending repeated reminders to allow time for adjustment to changed circumstances. Look out for the individual reminders going out this week. Over 200 of you have yet to advise us of your intentions….
Any queries – Contact Rosie, membership@chewvalleysailing.org.uk

did meet on Skype in this month– the discussion was mainly about the clubhouse and grounds during closure, club finances and membership renewals. We are going as far as we can with plans to replace the lift. Planning permission has been granted for the enclosure, thanks to Rob Mitchell and his team.
Although we wanted to talk about what going sailing again might look like, so many things remain uncertain it was a very brief discussion. Members’ thoughts on this are very welcome. 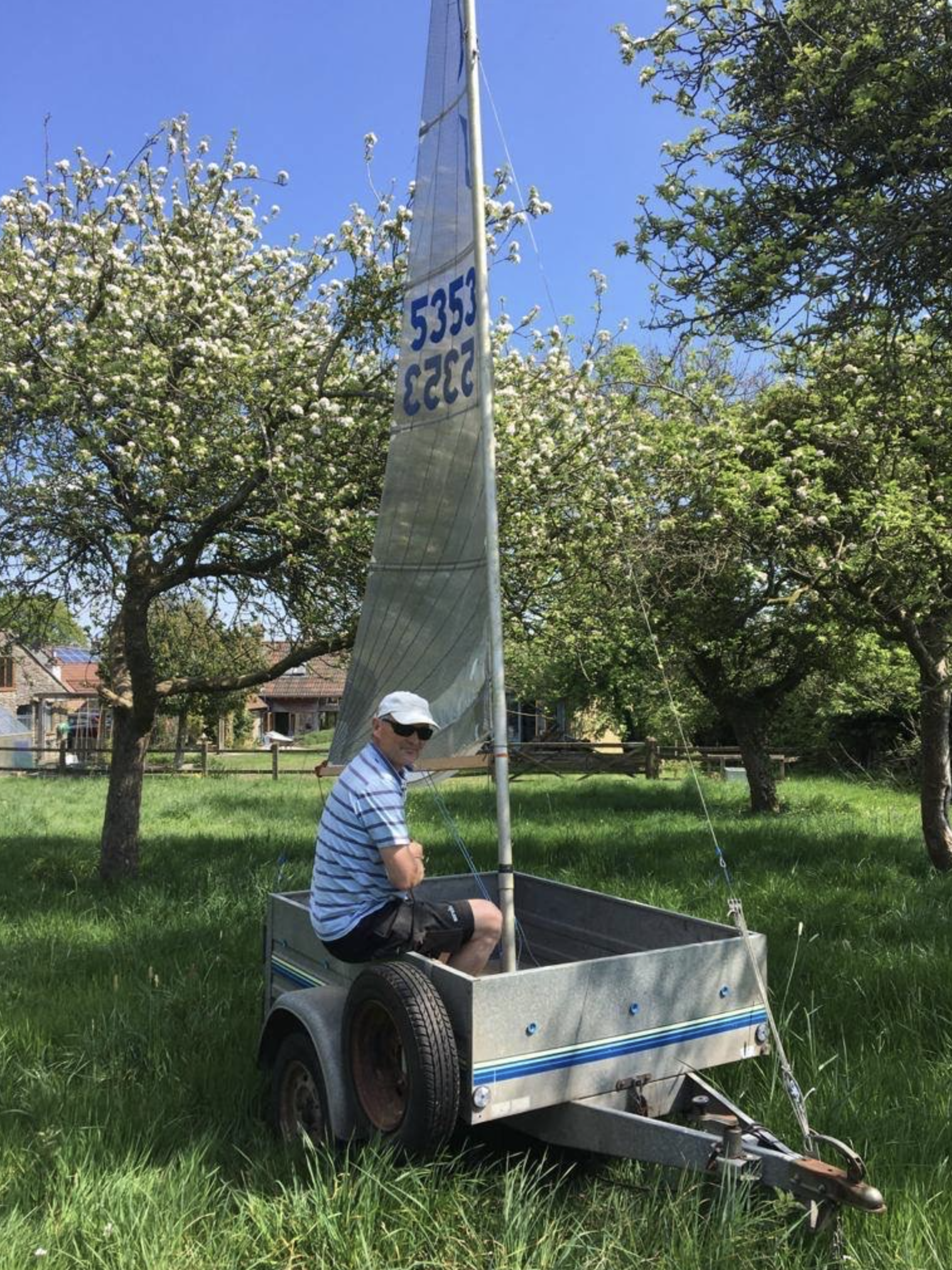 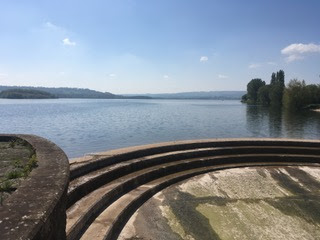 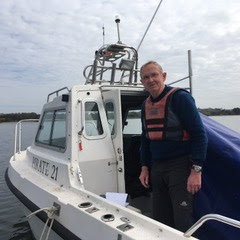 It’s frustrating that we haven’t been able to get onto the water to enjoy the great spell of weather recently, but undeterred a group of between 30-40 sailors continue to meet on Zoom every Wednesday evening and Sunday morning, to renew their friendly banter and challenge their e-Sailing skills. It’s great fun, 5 races can be completed in little over 1 hour, we get to race a range of boats and sail in exotic locations, and it doesn’t involve getting cold or wet!

The racing is always guaranteed to be close, with out of control boats galore and incidents throughout the fleet prompting comment and discussion about the virtual racing imposed rule penalties, and the ‘real’ racing rules.

Although most are struggling to find consistency, Young Ted Lane beat all-comers to win the club e-sailing Championship and has been nominated to represent the club in the RYA Spring championship, racing champions from other clubs nationally. Starring on Wednesday evenings has been Fin Oliver, with two successive series wins, while Alex Corby and Toby Peacock have been the people to beat on Sundays.

If any of you are thinking about joining in and want to see what racing on the virtual water is like, I can thoroughly recommend the brilliant ‘unofficial’ tutorial Kate Jones has produced on Youtube
https://youtu.be/bGuNWPzvvL8

All the Chew racing is being coordinated through a WhatsApp group run by Andy Jones, where you can sign on for events, get zoom codes for the meetings and links to race documents and results etc. so make sure you contact Andy on 07720412505 and he will add you to the group.

To find our delightful stretches of virtual water, follow the link https://www.virtualregatta.com/en/inshore-game/

And finally, even if you don’t fancy getting ‘stuck in’, join the Whatsapp group to receive the announcement about the Zoom code to join in with what is being said and all the banter! 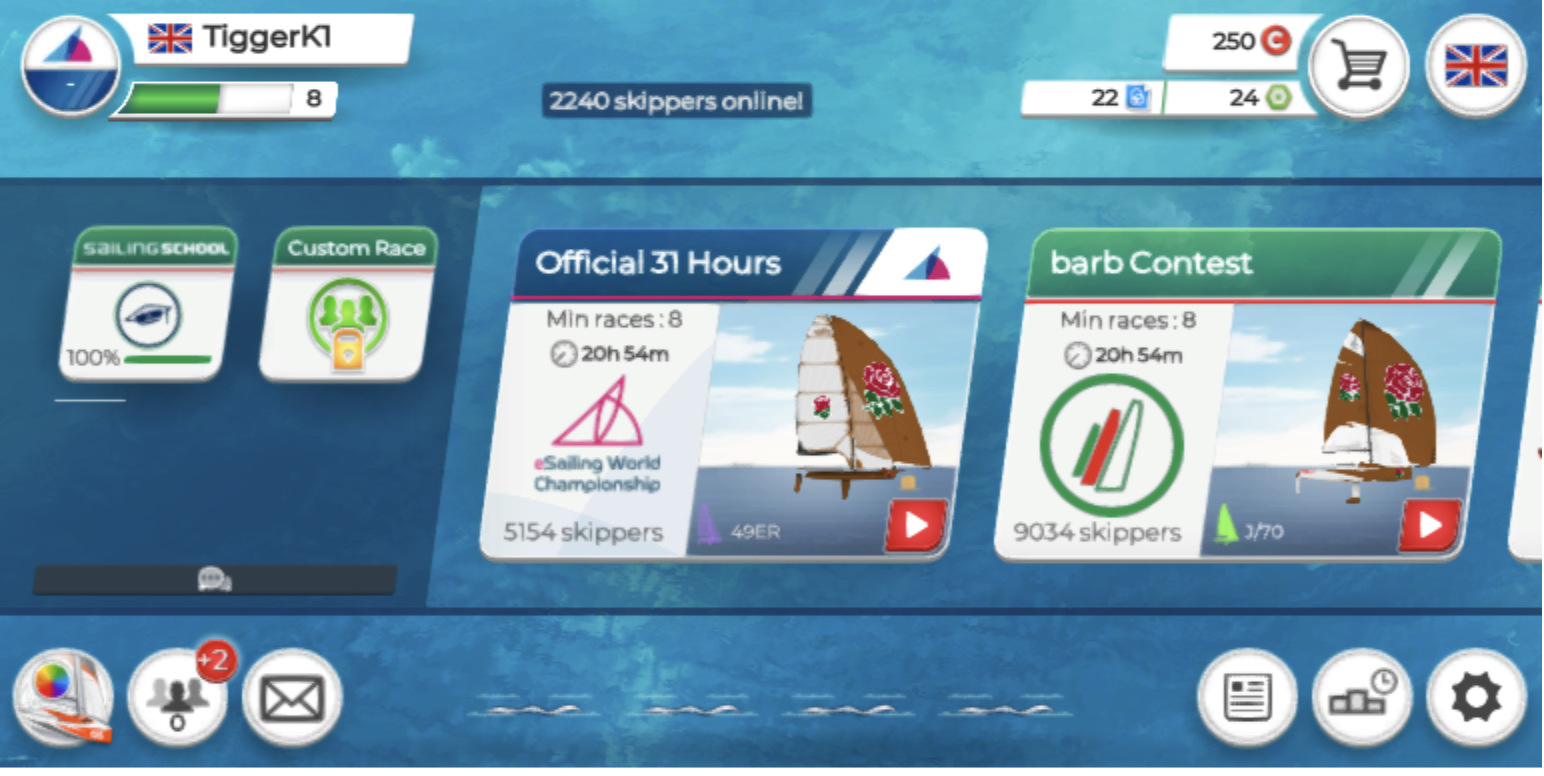 Virtual Regatta Inshore – get stuck in with us all!

The Trials and Tribulations of Rigging a DragonFlite 95 Radio Controlled Yacht.

Last summer, word arrived at Chew about a new phenomenon that was storming the world of radio controlled yachts. It was the DragonFlite 95, a 95cm mass produced mould made in China and was on sale for £330 with everything (almost) that you needed to sail. There was plenty of information about this new class available on the internet including lots of videos on YouTube. This all seemed too good to be true and warranted further investigation.
Roll on into the autumn of 2019 and the DF95 arrived at Chew Valley Lake. The race was on as to who would have a DF95 built and launched first. John Smalley won that race closely followed by John Shimmell.
I was lucky when I found an unbuilt, still in original packaging DF95, advertised on Facebook for sale in Huntingdon. After a few e-mails, a telephone call and a day’s drive to Huntingdon and back, I became the owner of a DF95.
Looking through the contents of the box and reading the building instructions, my first thoughts were, what have I taken on here?
The next step was to get as much information as I could about building the boat. Thankfully there was a lot of information on the internet. FaceBook groups and YouTube were all very helpful. There were people from all over the world willing to give support and advice when I asked for building tips.
Not having a lot of space at home, I decided to put the boat together in the clubhouse bar. Wednesdays was an ideal day, plenty of people around willing to give an opinion and a hand if asked. Although I could see that the 2 Johns had completed their boats and had launched, I felt that I was being pressured to complete building and join them on the water. But then came Christmas, and a bout of flu and a chest infection halted things for a while.
By the beginning of March, I was prepared to launch, but weather was against me. Only having the supplied A rig sail, meant that the boat could only be sailed in winds of 12mph or less. I was beginning to think about building a second smaller rig for the stronger winds.
I did some research and found that there are 3 other rigs of varying sizes for different wind speeds. Think of it like a Laser class dinghy with Rooster 8.1, Standard, Radial and 4.7 rigs. One boat with a rig for virtually all wind speeds.
I found also that not only could sails be purchased form Joysway, the boat manufacturer, but from several model yacht sailmakers here in the UK and abroad.
I decided on buying a slightly smaller B rig from Catsails, a small company based in Southampton. Unlike the sails supplied by the boat manufacturer, there was a wide choice of colours available for the corner finger tapes and the jib luff tape. Choices, choices! Each rig for the DF95 has a different sized mast and different main and jib booms. These are only available from Joysway or their agent in the UK, RC Yachts.
The sail arrived at home a week after I ordered it and the spars and other bits all available as a kit, arrived the following day. This was the day that the country was told to lockdown and the realisation that life as we knew it would not be returning for some time. So, week one of lockdown was spent coming to terms with the situation and trying to distract my thoughts away from the virus by building a DF95 B rig. I had plenty of time on my hands, so I took my time and carefully followed the instructions from the original manual. A few adjustments were required to some of the control lines and it eventually all came together without any problems. Although the manual says that a rig can be assembled in a couple of hours, I found 4 to 6 hours to be a more realistic figure!

With the lockdown now being enforced and plenty of time on my hands whilst confined to barracks, I thought next about the 2 other rigs available for the DF95. Catsails had announced that they were still open for business, so I bit the bullet and ordered another 2 sails and rig kits from RC Yachts. The rigs came the following day and the sails 10 days later.
I was initially quite surprised at how small the C and D rig sails were. The D rig mainsail was smaller than the jib of the B rig! I also noticed that the Mylar material used to make the sails of the B,C and D sails were made from a Mylar material that was 75 microns thick. The A rig sail is made from Mylar that is 50 microns thick.
I worked methodically through the instructions again, this time finding that the process was getting slightly easier through familiarity.
I was quite proud of the D rig I built first. I posted a photo of it on a FaceBook DF95 group only to be told quite quickly by a Canadian that I had made a mistake with the jib hook down line. It had been threaded through the foremost of the 2 deck eyes as is correct for the A and B rigs, but the C and D rigs just use the second eye on the deck. John Smalley and John Shimell both failed to notice it in the photos that they saw!

So now with 4 rigs built, all that remains is to launch the boat and make all the fine adjustments needed to get them sailing efficiently. It’s going to be fun racing these little yachts at Chew when we are eventually allowed to sail again. There are at least 5 members of the club that have a DF95. Several others are expressing interest in getting one. If you are locked down and confined to barracks, think about spending some time and building one yourself!

Additional tools that I found useful 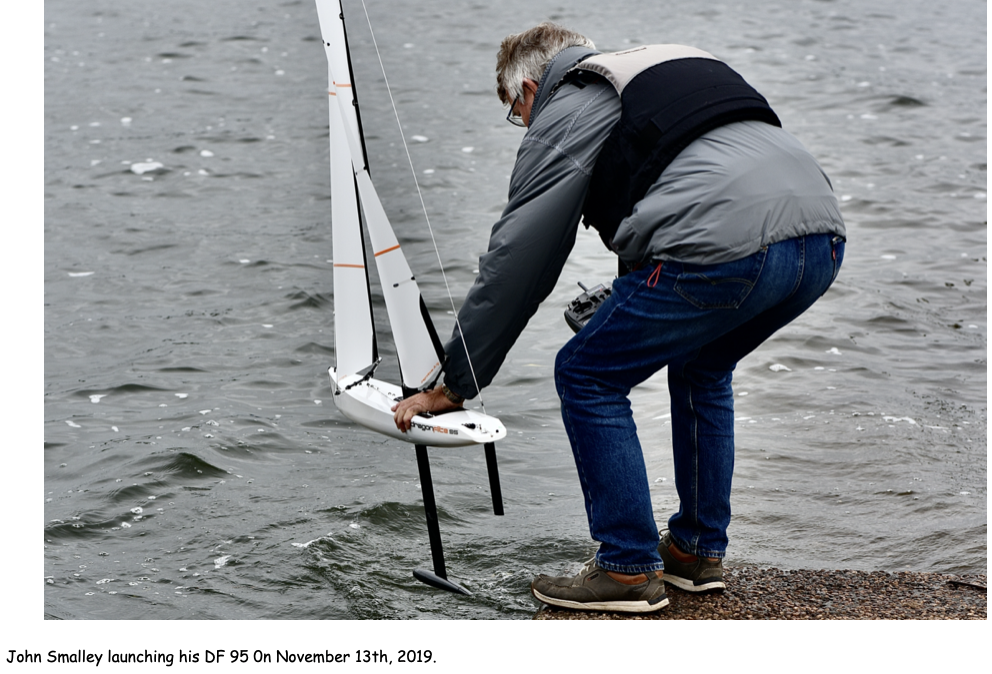 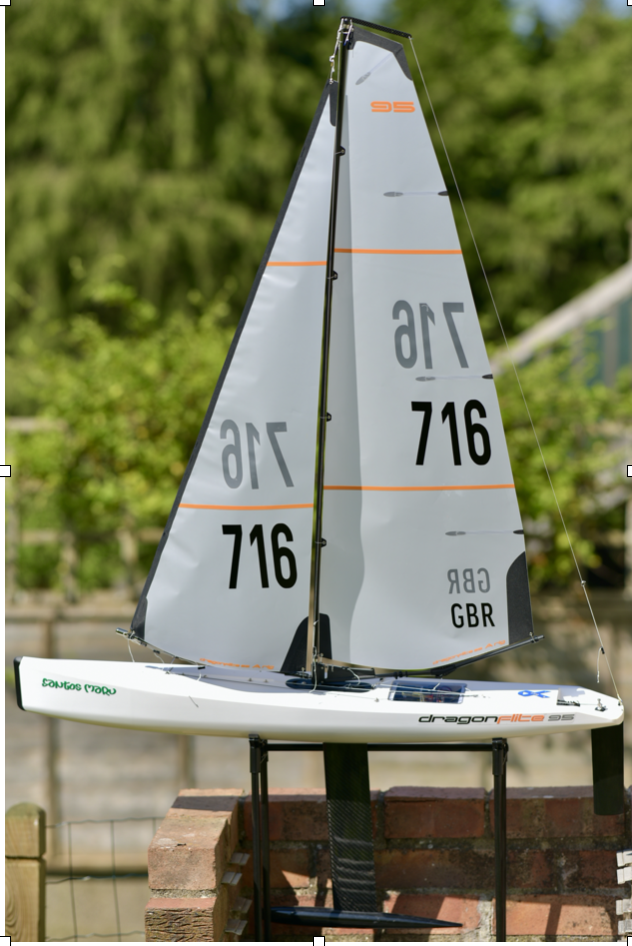 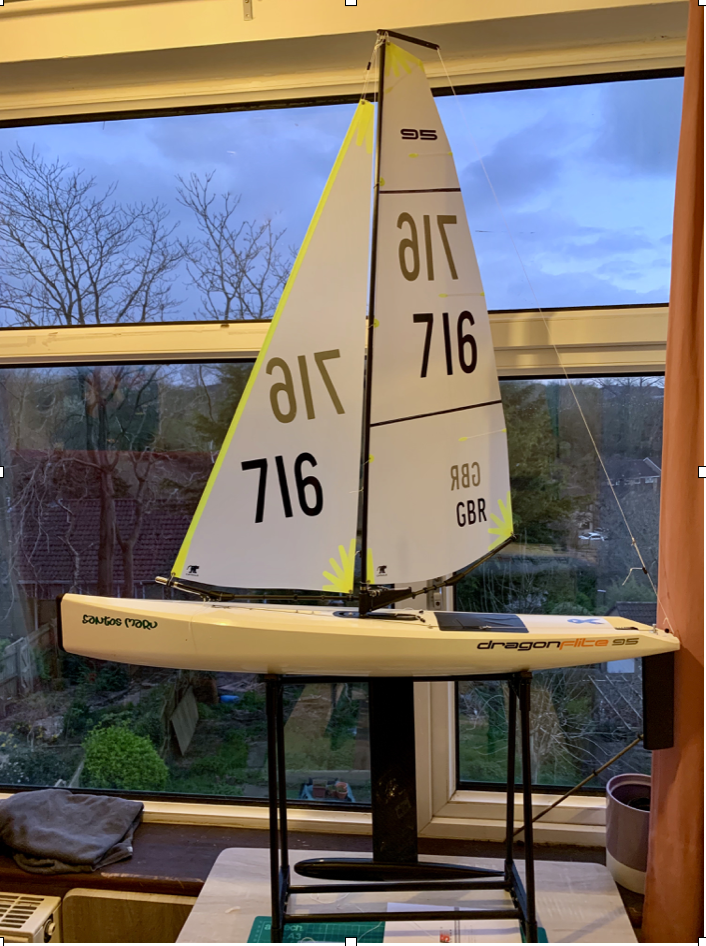 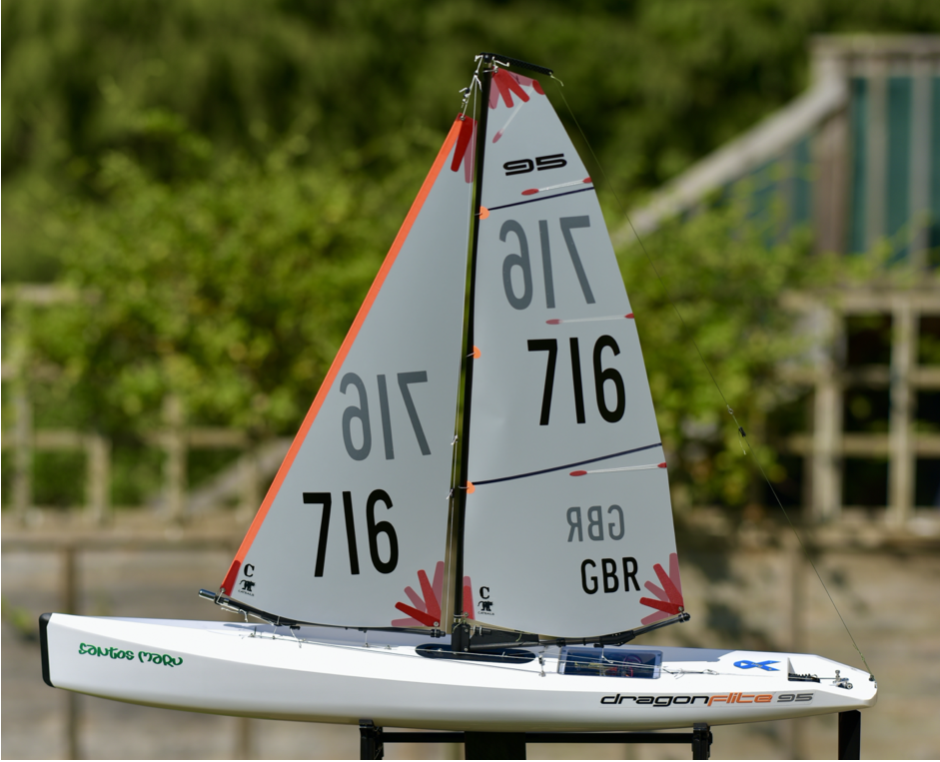 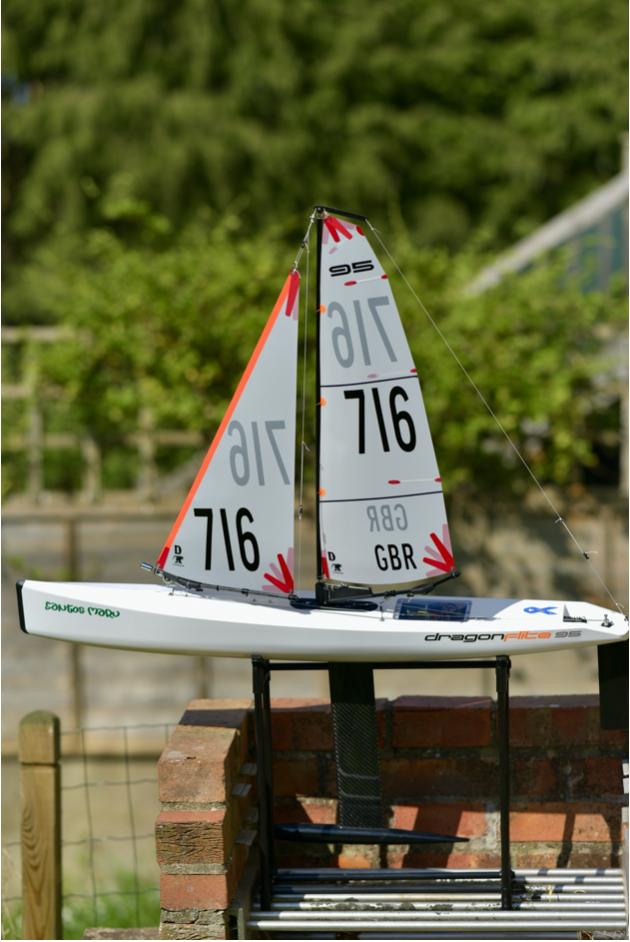 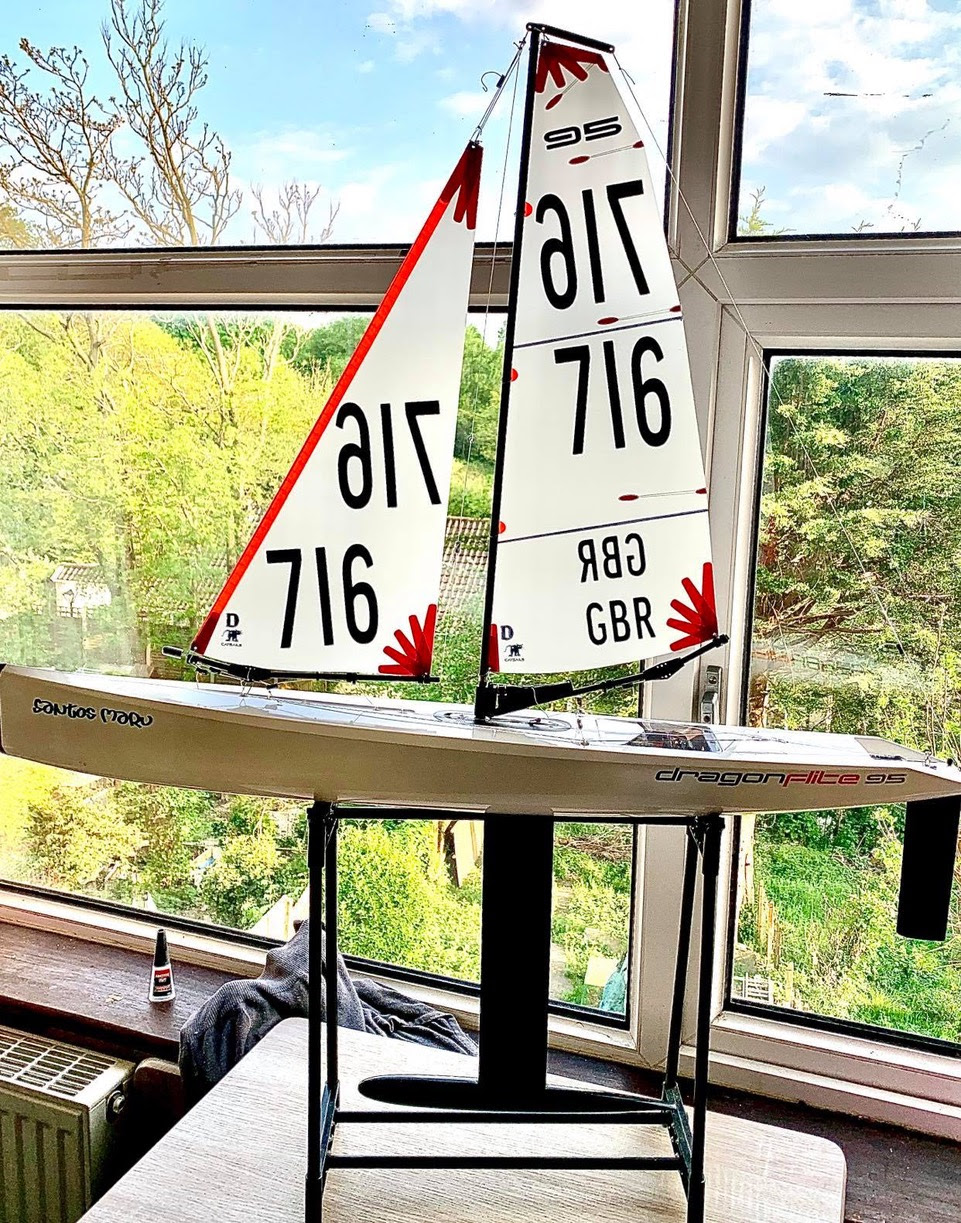 Spot Errol’s deliberate mistake! (This is the ‘C’ Rig)

Some thoughts on Upwind sailing from Toby Peacock

I can thoroughly recommend you taking a look at this video created by Toby, particularly if you are a bit of a ‘tekkie’, or just fancy learning what that wily Brummie Chris Goldhawk is doing as he sails off into the distance….!
Toby, you are a natural – I loved it! Follow the link:-
https://m.youtube.com/watch?v=veJPc7JuQl8

Hopefully that will be enough to keep you going whilst ‘locked down’ for a bit longer.

Please send me any copy about what you have been doing or pictures taken.
Keep healthy and stay safe; it can’t be too long before we are let (a little bit) loose once again!
John Smalley – vice-commodore@chewvalleysailing.co.uk