I am sorry to start on a sad note, but I received the news last week that a much loved Honorary member, Mike Meloy, has passed away. Many of you will have encountered him in his role as chief powerboat instructor, which he performed for more years than I can remember with boundless energy and enthusiasm. He also served on our General Committee including two terms as Rear Commodore. Please read Brian Brooks’ memories of Mike below.

Further to the news last week about the Chew Valley Recreational Trail, Steve Smith wants to add that work will be taking place every other weekend. On these days, the contractor will leave the gate closed but not locked; he asks that members leave the gate as they find it.

Important Membership Renewal reminder – especially if you haven’t renewed yet!

There are 70 members still to renew their memberships for 2021/22 or let us know what their intentions are. If you intend to renew and haven’t done so yet please renew now.

If you are not renewing, or want guidance please let the membership secretary know. Rosie can be contacted on membership@chewvalleysailing.org.uk

…and thank you to everyone who has renewed already. Remember to put the orange sticker on your boat as soon as possible as there will be an audit of the boat park at the end of this month – see ‘Boat Park Reminders’.

I will be rostering the October to December duties soon, so anyone that hasn’t done a duty yet this year might want to volunteer onto a duty, rather than getting rostered randomly.
duties@chewvalleysailing.org.uk

As previously reported in the Sailing Club News, we have now started to collect up loose trailers from around the boat park. These are being placed at the bottom of the ramp to the upper boat park and will be processed in due course. Where trailers are marked, we are attempting to contact the owners but trailers that cannot be identified and have not been claimed by the end of October will likely be sold or scrapped.

A reminder that there will be a full audit of the boat park at the end of August, so please ensure that you have affixed your orange 2021/22 boat stickers. Any boats not displaying the correct plaque as per club rules will be reported to the general committee and risk losing their boat space.

If you have any queries, please get in touch.

The RNLI is a special charity for many club members as many of us sail or are otherwise involved with boating in coastal settings and further afield and not just on Chew Valley Lake. Covid has obviously been a big blow for fundraising for the RNLI and, with so many people staying in the UK this year for a summer holiday, the RNLI is having its busiest summer ever, whether it is the lifeboats or the lifeguards on our beaches. Funds are needed to ensure that the RNLI can continue to provide the amazing service that it provides to all of us. The RNLI has no government funding – it is run entirely on donations from the public.

For a number of years now (Covid aside) we have partnered with the Chew Valley RNLI Fundraising Branch to hold a fundraising event at the sailing club and I am pleased to say that we are doing this again on Friday 3 September.
The event is “Tea and Cakes beside the Lake”. There will be tea, of course, but also coffee and a cash bar. There will also be homemade cake – made by various RNLI friends and supporters from the Chew Valley area. In addition to this, we will have live music – provided by club member Ruth Kenyon. If, in addition to this, you fancy a little bit of retail therapy, there will be a raffle and Julie Skailes will also have a stall selling Flamingo Paperie cards. It should be an interesting and enjoyable afternoon.

Please do come along and support the RNLI.

The penultimate lake & cake for 2021 is on Saturday 04-Sep-21. Meet by the race hut at 1:45pm changed, rigged and ready to sail for another lovely afternoon of ladies sailing. Do come along if you can and bring a cake or savouries if you have time to make or buy beforehand.
If you would like to be added to the lake & cake WhatsApp Group, or want more information contact Rosie rosie.bowers@btinternet.com

I am pleased to report that ‘Lunch on the Lake’ was a successful event with six boats participating, although one didn’t quite manage to cling on to the end of the raft we had created. Plenty of experiences had, lessons learned and new acquaintances made.

We set anchor SE of Little Denny and we were soon enjoying the sunshine on slightly choppy waters whilst having our pre-packed lunches. The act of positioning boats ahead of the raft to drop sails, deploy anchor and then ease backwards into position before tying up alongside was a manoeuvre worthy of a scout badge!
Thankfully we all sailed away with a full quota of fingers having battled with a mishmash of fender shapes and sizes, we now know better for next time which ones work best.

A big thank you to the rescue teams for providing photographic evidence of such shenanigans and for also rescuing a wayfarer tiller that had fallen overboard during all the excitement.

Thanks once again to all involved, your participation was very much appreciated.

I am looking to hold another Lunch on the Lake before the end of the decent weather and perhaps Saturday 2nd October (weather permitting) would suit those that are interested? Please let me know; further details will be published nearer the time.

On our last FUN Thursday the weather was perfect, brilliant sunshine and a gentle breeze. It certainly brought people out, 35 people told us that they were coming to the BBQ, we had to send out for extra supplies.

It was a slow start with only a few people sailing during the afternoon, 8 boats took part in the fun race but the number of boats out sailing was 17 with lots of people doing there own thing.

Pete assisted by Annette got the BBQ going, they were kept busy and all they had left was one sausage. John Kelly had the bar open.

It was good to see the usual suspects and a lot of new faces and families.

Thanks to Andy and Kev for providing safety cover, Hugh and Jackie for running the race and Pete and Annette for feeding us.

Lots of happy faces a perfect evening. Thanks for supporting us.

Many thanks to Simon Conway for most of the pictures this week. Wherever you escape to over the summer, please send me any interesting articles and pictures to share with everyone. 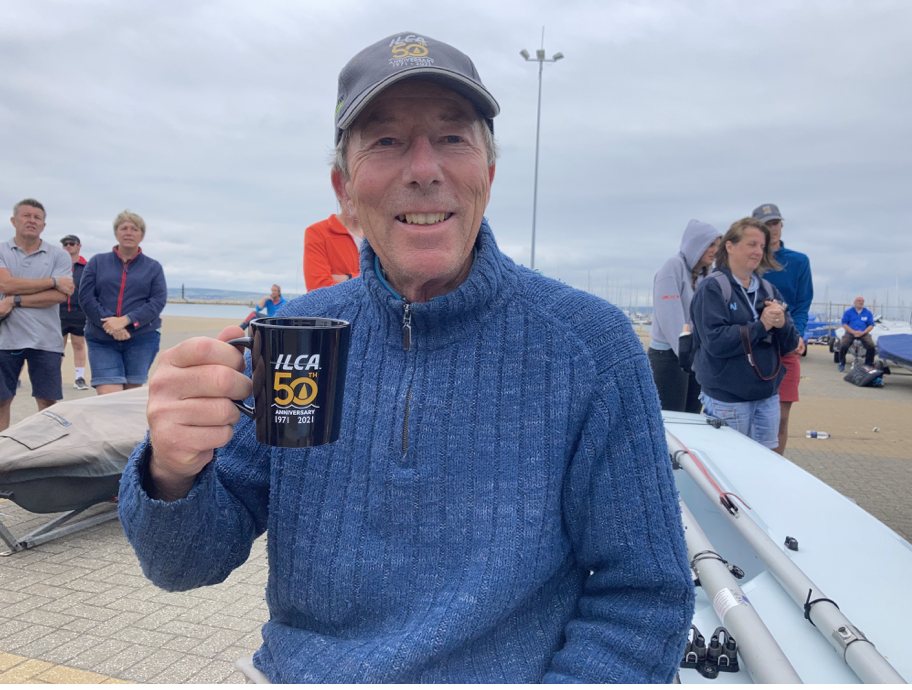 Pete Sherwin, the first Grand Master at the ILCA Nationals at WPNSA 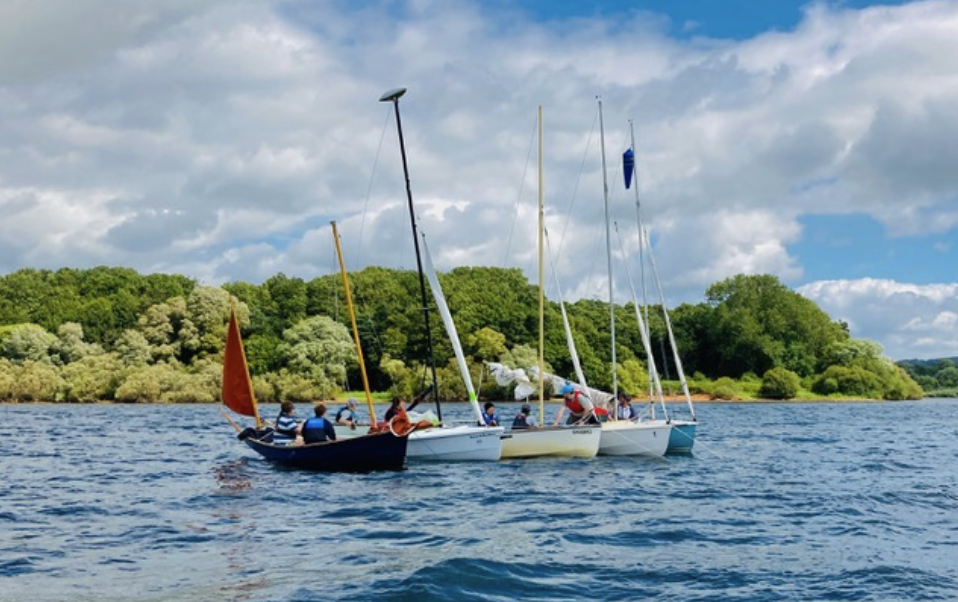 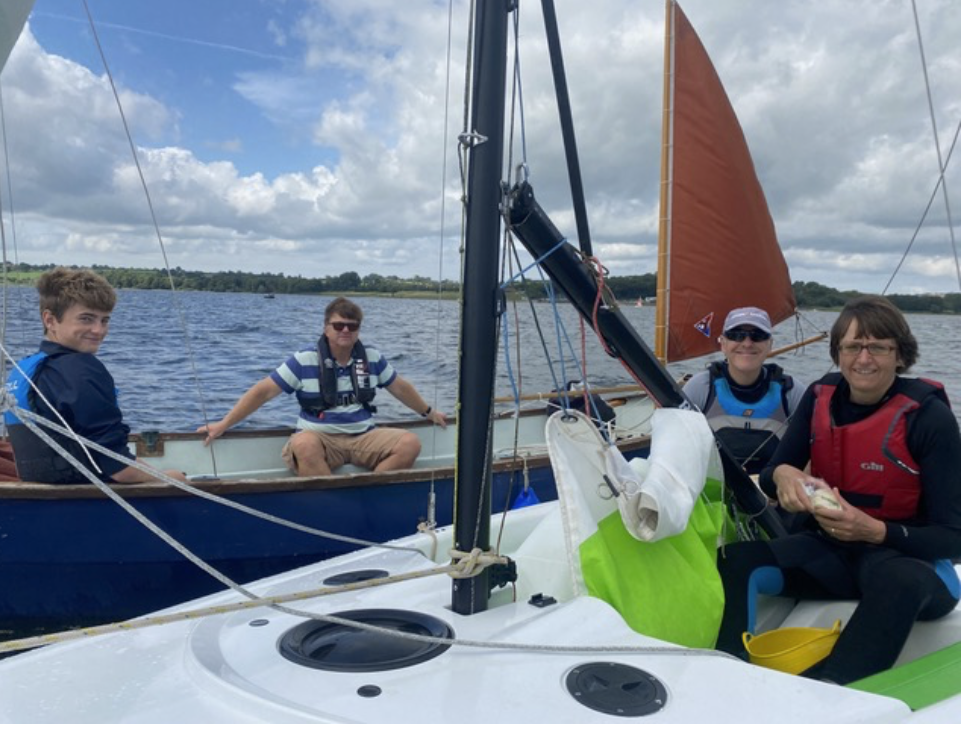 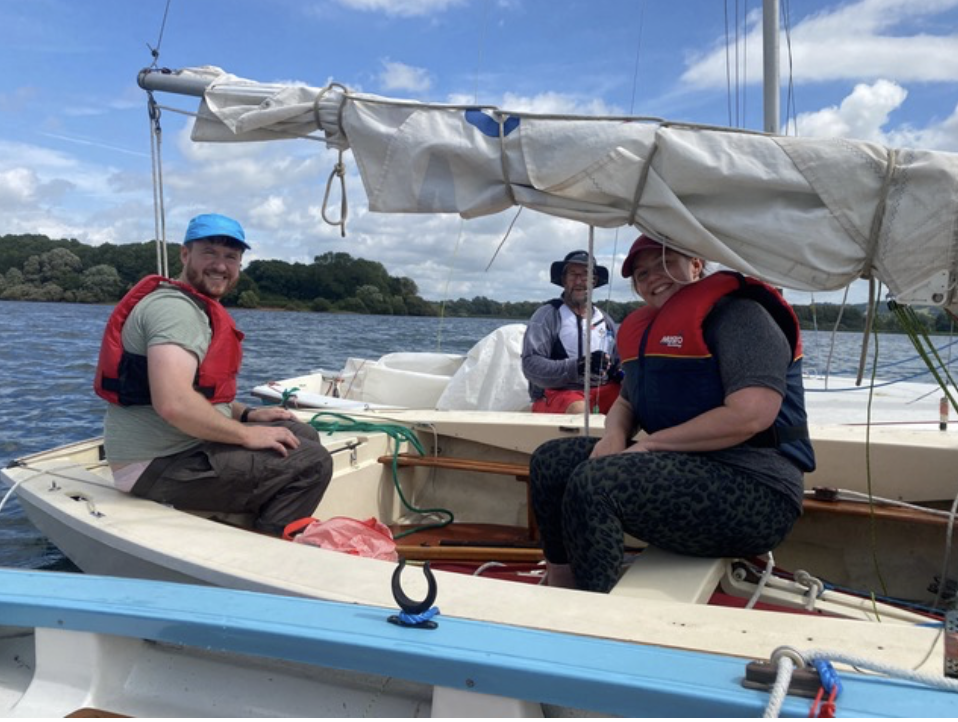 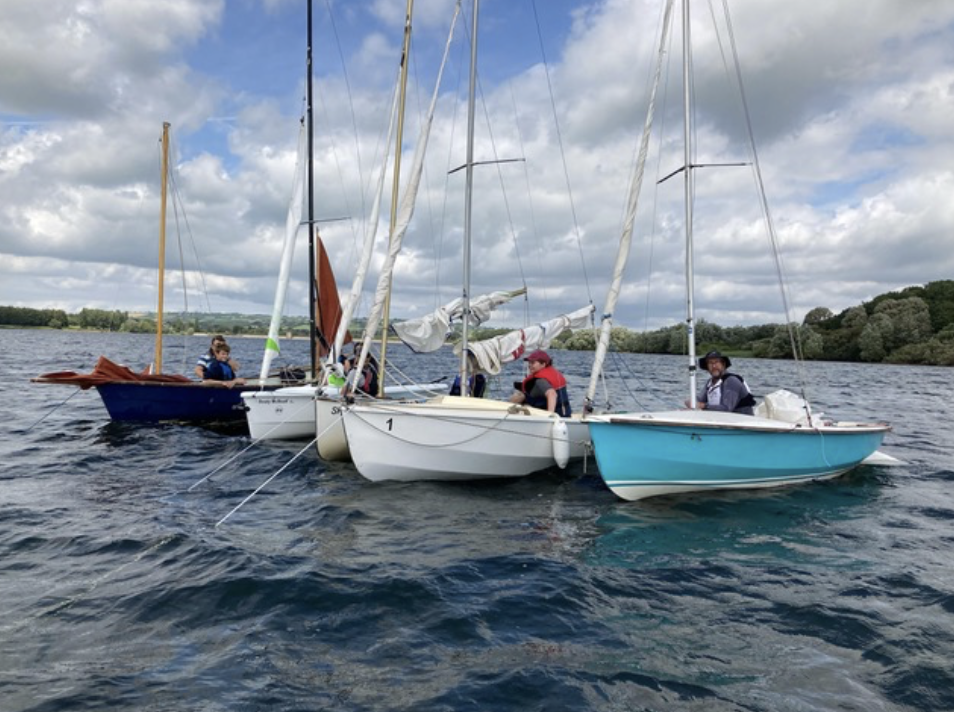 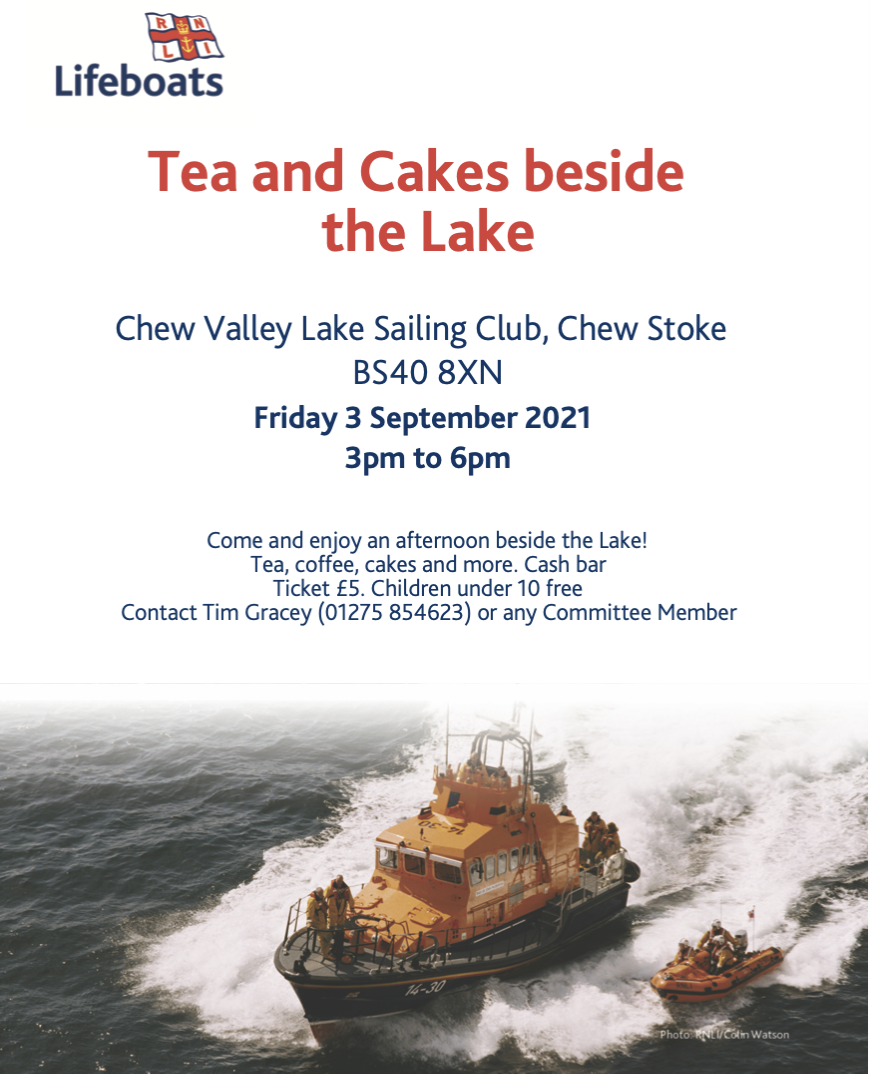 Having been given the sad news that Michael (Mike) Meloy had passed away, I felt the need to write a tribute to this fellow sailor and very good friend.

Our paths first crossed at the sailing club in 1997 when I was Rear Commodore and this guy named Mike Meloy approached me and offered his services as my House and Grounds assistant.

From that day forward our paths ran very much in parallel and to me he will always be remembered as a man with boundless energy. To Mike everything was a challenge and never a chore.

Mike’s involvement with the club led to his taking on the position of Club Rear Commodore (for two terms, each of 3 years) a major task for any man. He also presented a plan to the clubs committee laying out the need for the introduction of RYA Level 2 Power Boat Handling courses. Mike also assisted the Bosun in the repair/maintenance of the club RIBS that, in those early years, accounted for one RIB, one Dory and one rather tired Committee boat. The difficulty then being the practicality of being able to keep the two boats serviceable to support sailing.

Those concerns led to a complete rethink by the Committee, and, in the intervening years, the club has now acquired 6 RIBS, one Dory and one reasonably new Committee Boat. Great support on the water but a lot of work for the Bosun and his team; a team that included that name again; yes, Mike Meloy

Mike was a team player and one of Mike’s favorite events was the Clubs Family Regatta. It gave him and the team the opportunity to attire themselves as Pirates for the day and to use the Committee boat to transport the much younger element of our membership, also suitably attired as Pirates, across to Denny Island where they sought buried treasure (Chocolate Bars) that Mike and other members had strategically hidden on the Island the weekend before.

I would guess that a lot of those youngsters are now adults who are, hopefully, senior members of the club and who now look back at their Pirate days.
In more recent years Mike did have to stand down as Principal Power Boat Training Officer, but he did not do so until he had selected seven members of the club who he trained up to be his replacement. Those very same instructors are still together today and are led by Jeff Stratford.

But what about sailing? Well Mike was a good sailor who chose the simplicity of cruising over racing which was reflected in the classic dinghies he chose to sail. He did join John Ballinger and me for “The Annual Wayfarer Dinghy Challenge”. It involves sailing around the Isle of Wight non-stop (Calshot to Calshot). Which we completed in 9hrs and 55 minutes. Quite an achievement for three seniors.

I have nothing but praise for the tenacity of Mike and his love of the club. It was pleasing to know that he was given Honorary Membership in 2009.
The abiding legacy that Mike will always be remembered for is that of his continued effort to serve his club with boundless energy and pride; something that manifested itself in his delivering a safety policy on the water that cannot, as yet, be seen to be bettered.

Assisting in running a sailing club is not always love and harmony though; there is much healthy debate at Committee meetings when agreement cannot be readily reached on an issue.

Mike and I had such disagreements from time to time; but because we both had the club at heart, we did always reach an agreement – yes sometimes it was a compromise. However, we never fell out over any such issues.

In finishing I can say that it has been my pleasure to be alongside such a dedicated man as Mike Meloy. His love for the club and his support to me over the years has been second to none, and I for one will miss his company.

There is much more that could be said in praise of Mike Meloy, and I know you will all have your own stories to tell. I just hope that I have written enough to show that he was a dedicated member of CVLSC and, as such, he will be missed. 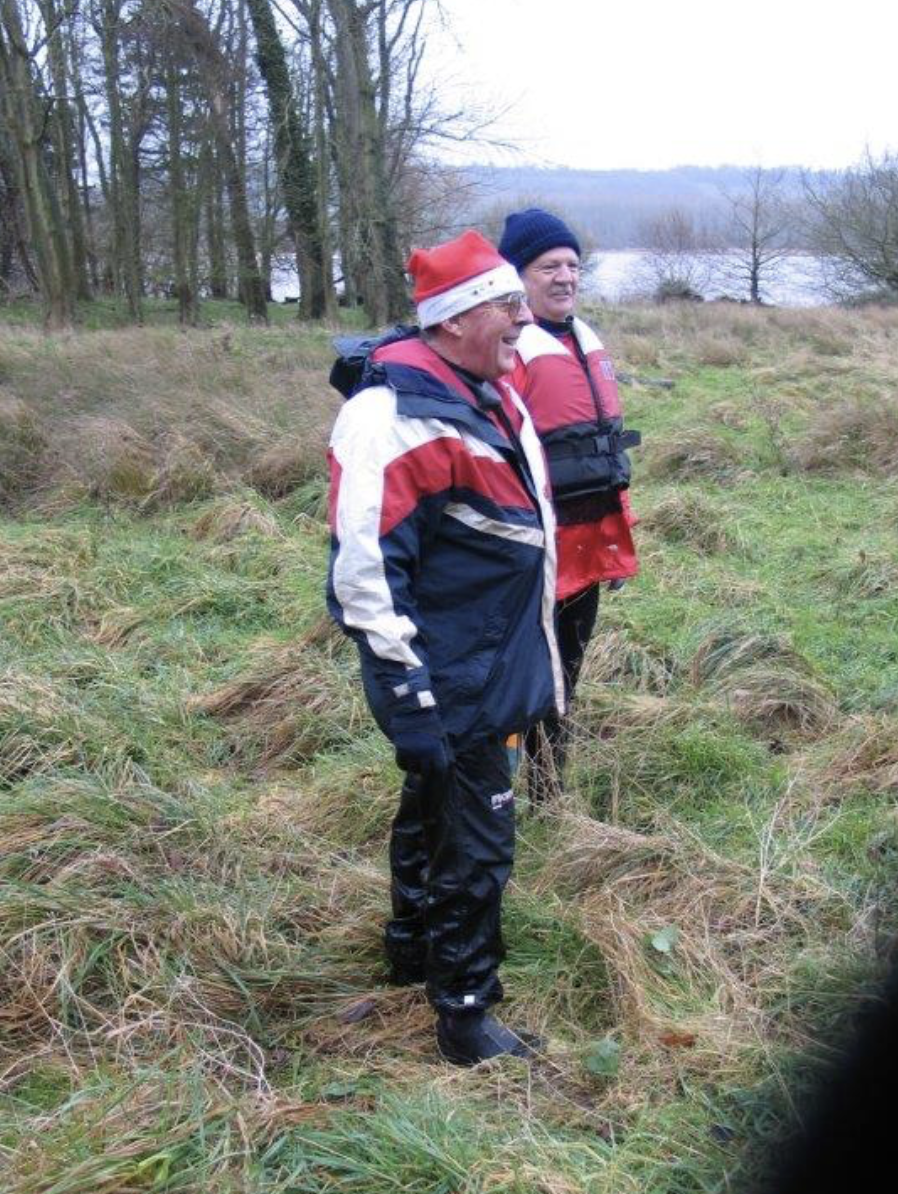 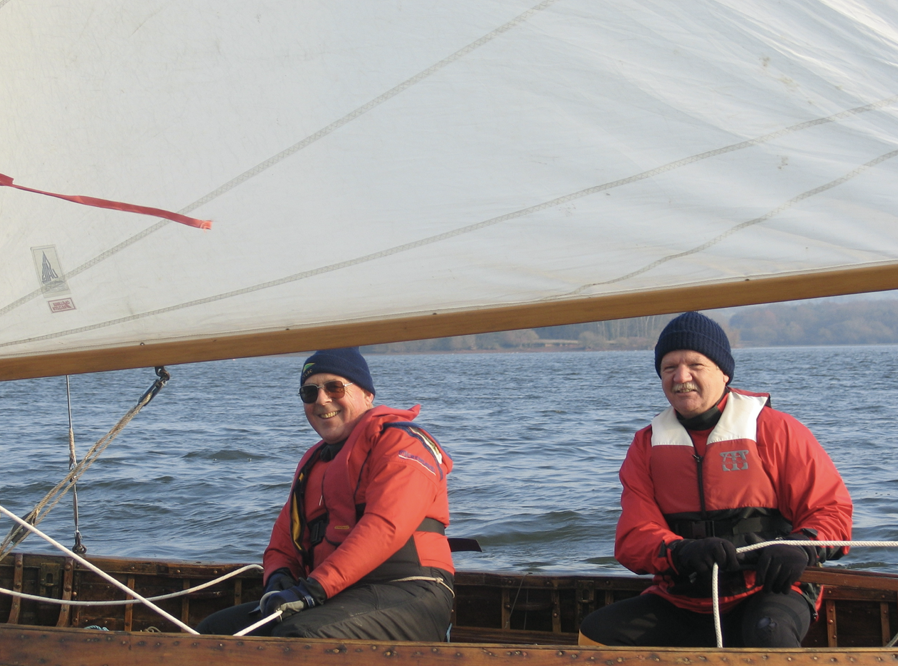 With a (very young looking!) Brian Brooks on the Lady Maud 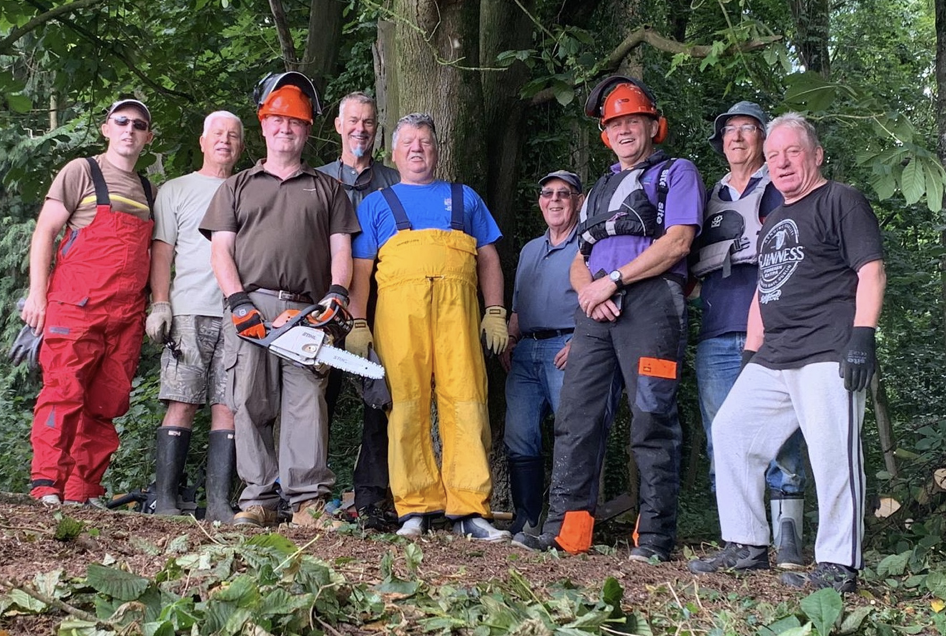 Part of the Island clearing crew in 2019