Yes, this is the Man. Does he need any introduction?

There is little doubt that members who meet Peter Cheek for the first time might remember him for his outspoken words that on occasions have been known to rankle his fellow members, and the General Committee! Conversely of course his skill as a sailor also precedes him in that he has taken many under his wing and taught them what the word SAILING means. I would wager a bet that in his 89thyear Peter was the oldest member still actively sailing. He might beat his own record in this, his 90thyear – let’s hope so.

I do remember meeting Peter many many years ago when I thought that I knew all there was to sailing. Little did I know, and yes, I did know little; but it was Peter Cheek who took me under his wing and taught me the rights and wrongs of how to sail a boat.

Peter is a founder member of our club who, as one of the authors of the Club Book, was able to provide valuable information when it came to research its history. Being that founder member does make him something of senior figure who is well known at the club, if only for that distinctive hair style and bushy beard. But of course, it’s his sailing skills that I still know him for.

Boats he has sailed are too many to mention but his love for the Wayfarer has no bounds. The Wayfarer has enabled Peter to sail much of the English coastline and introduce in-shore and off-shore sailing to many of our Wayfarer sailors.

Peter was ninety on the 18thof May and so the regular Wednesday senior Wayfarer sailors (and others) decided that it should not pass without there being significant recognition of that fact. Thus, they organised a sailing week down at Poole, with a celebration dinner for Peter on his Birthday at Poole Yacht Club. Alas, although able to attend the gathering on the 18th, other more important engagements that week meant he was unable to be at Poole for the pre-party sailing.

However, Peter’s disappointment was tempered with the pleasure of his knowing that his son, Graham, was on his way from Australia to be alongside him at his celebrations. His being there did enable Graham to pay a great tribute to his Dad.

Whilst Peter’s age might have brought about one or two health problems, he threw himself into the festivities on the 18thwith real vigour. He finished up by entertaining all the members of PYC present that evening, including us Chew members, by asking us all to join him in singing the National Anthem. Not quite sure what flag went up, but I do remember the colours Green and Yellow!

The event was also a great opportunity for the guys and gals from Chew to meet up with CVLSC ex members John and Pat Ballinger and John and Sue Lintern; names that I am sure most of you older members will remember. John Ballinger was kind enough to approach PYC seeking permission from them for Chew to use their fine sailing facilities for the week and for arranging the evening festivities in their Clubhouse of the 18th.

Although unable to join the guys for their weeks sailing at Poole. Peter’s weekend was rounded off by a sail from Poole to Wareham in John Ballinger’s Hunter Minstrel yacht (Water Music) with Peter at the helm for the complete journey.

I am proud to be able to call Peter a friend, even though he does give me that rather disapproving look and gruff comment from time to time; but then again, we all get it; that’s his way.

I can’t honestly say “lets drink to another 90 years” but I can say that I hope he retains the courage to continue sailing for a little longer and not be afraid to speak up and speak his mind; something he is well noted for at our AGMs!

Cheers and good health Peter. From your friend that you do love to torment – Brian Brooks Plus all guys that know you and admire you for your plain talking truthfulness. 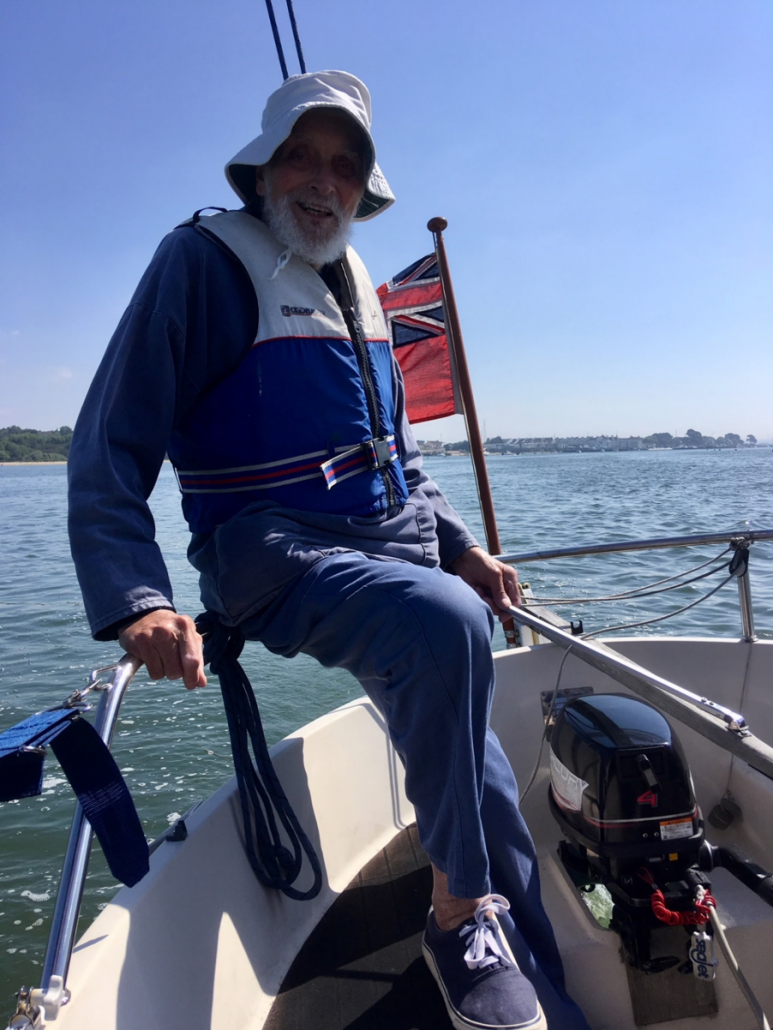 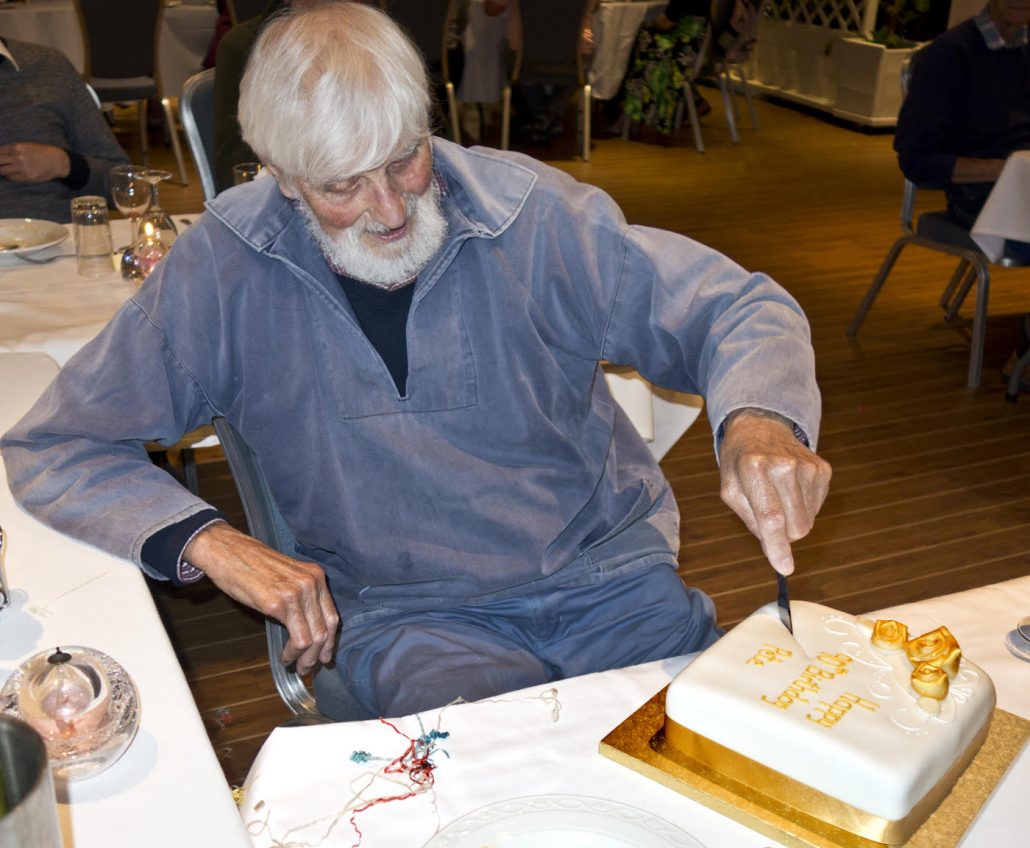