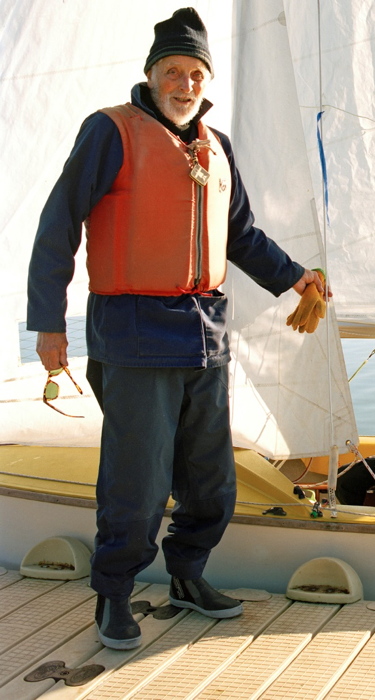 The only thing missing is his Yellow Oilskins

It is with great personal sadness that I announce that my sailing colleague and founder member of our club and a very close friend to all he knew, Peter George Cheek, passed away on Monday the 23rd of July having lost a very brave fight against cancer.

I say very close friend as I have known Peter for nearly 40 years and, for the last 28 years, I have been a family friend as well as his constant sailing partner both at the sailing club and, over the years, on many of our away visits to coastal waters.

His ability as a sailor has always been admired and I have been fortunate enough to have hopefully picked up most of his good habits at the helm. Possibly some of his bad ones as well, like his direct and outspoken approach to incidents and happenings that he would take issue with.

However, when one got to know Peter they soon realised that his sometimes-forceful attitude was because of the love he always exhibited towards the club he helped to found over 51 years ago.

Peter had a slightly possessive but humorous attitude that most of us got to know him for. He had his own place in the changing room – anybody who got to it before he did was sent packing. On arrival at the club the first thing he always did was to raise the Ensign and then check that “his shower” was working. Yes, he had his own personal shower.

He always had to be the first boat on the lake on a Wednesday morning – if I was late arriving then I was the butt of his wrath.

To ensure that he was on the water by 10.00 on a Wednesday, Peter would arrive at 08.00, open the club and then, without the use of a tractor or the likes, he would singularly fuel and put two RIBS on the water ready for the RBH when they arrived. God help them if they were late.

Lunchtimes were the same; nobody dare sit in the right-hand corner seat of the bay window as this was his personal seat.
But it is his skills as a sailor that we shall all remember him for; getting out of very tight squeezes like when capsizing off the Needles (IOW) during a Wayfarer event that required circumnavigating the Island no-stop. Something that, over the years, many of us Wayfarer sailors have achieved.

He championed many causes and always made his presence felt at the Clubs Annual General Meeting by putting the Committee on the spot and, on occasions, pulling their leg by raising his favorite falsehood re the progress with the Hotel on Denny Island

However, he was disappointed that he got nowhere with the General Committee re the clubs rebranding; more specifically, the new Burgee that he (and others) described as a “limp piece of white rag with a cartoon boat printed on it”. The club’s identity (CVLSC) only readable from one side. He dearly wanted to see the original vibrant Burgee of 50 years back in place again.

Those who remember Peter would confirm that I have written nothing that we don’t already know about him. However, to those who did not know Peter that well, this may provide some detail about a colorful character, loved and revered by many, who has now sadly left us.

Peters leaves a Widow; his wife Marion, as well as two sons; Grahame and Allen,

On funeral matters Peter, yet again, had his own agenda. He chose (dictated?) to have a “Cremation Without Ceremony” and so I have no details forthcoming that I can add regarding that. I cannot even say “watch this space” 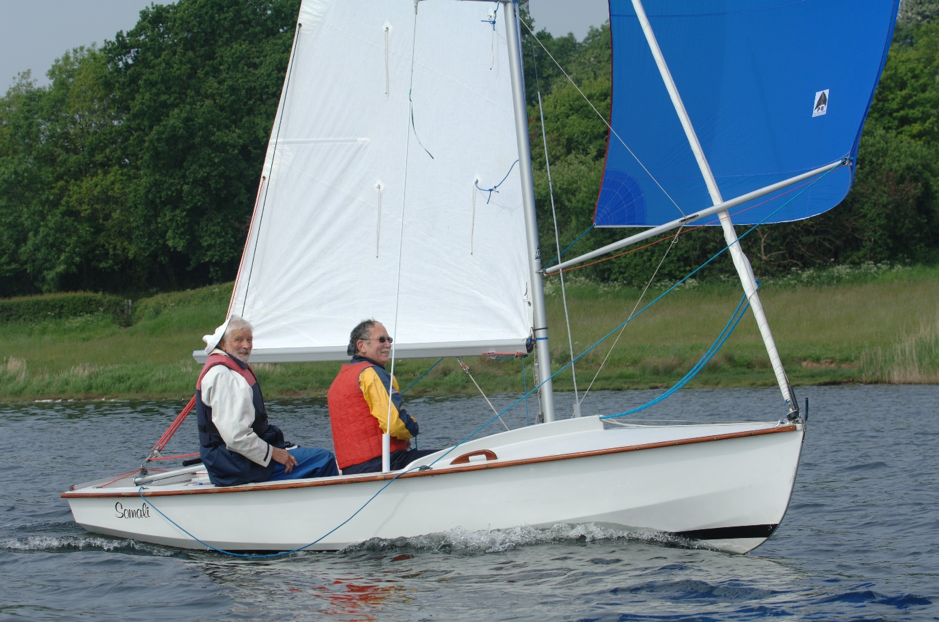 Peter enjoying a sail with Brooksy