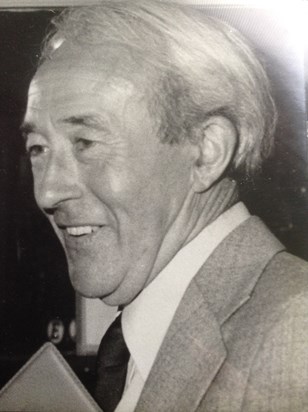 It is with sincere sadness that I advise you all that our dear colleague and club member, Bill Guard, passed peacefully away on Boxing Day at the age of 95.

Bill was a founder member of our sailing club who enjoyed being a part of that club with his work on various club committees. He took on the role of Vice Commodore for the years 1974 to 1977 and became Club Commodore during the years 1978 to 1980.

During his position as Commodore and Chairman of the General Committee he was noted as being very frugal with regards to spending the club’s money. His argument was sound in that the money belonged to the members and he did not want to be held responsible for spending it unwisely; his attitude being “is it necessary, meaningful and beneficial to the club and its members?” This attitude brought him much respect from the membership as nothing affected the aim of achieving a successful sailing club and, being careful with club funds, it kept the subscriptions at a reasonable level each year.

Bill had been under pressure for some time to introduce a safety boat training course for the ladies of the club. With some reluctance he did bow to that pressure, but on the understanding that the ladies would only be able to attend other lady sailors in distress; Bill deemed it would not be possible for a lady to man-handle a male colleague into the safety boat (Dories in those days).

Of course, it became inevitable that this requirement went out the window within a few months and today our ladies are up with their male counterparts; maybe thanks to Bill.

Another interesting episode during his role as Commodore was in preparing for the annual Christmas Dinner at the club – usually attended by around 95 to 100 members. The problem was the club did not have enough chairs, tables or cutlery to cater for that many people but, undaunted, Bill found a way around it that did not involve using his cherished members money. Each year he borrowed tables and chairs from Chew Stoke Social Club – sending members down in their cars to collect them. He then solved the cutlery problem by borrowing it from Chew Valley School, a school that he taught at; becoming assistant head and then headmaster up to the point of his retirement.

So what about Bill the sailor? I guess many older members can recall far more than I can, but I do know that he was a committed racer and loved his Solo dinghy. However, Bill also saw the other side of sailing; that of being a social sailor. He loved the away trips with all the guys down to the coast. Each year it was off to sail the coastal water of England and his favourite location had to be Falmouth.

It was a set routine, that I also became involved with, in that it was a long days sailing, then a meal at the end of the day – either home cooked or a pub (always Peter Cheek’s favourite venue) and then a game of cards that occupied the remainder of the evening. Bill Guard never went away without a pack of cards and each one of us was expected to play. “NO EXCUSES” Bill used to say

Bill was also a very committed bowls player alongside Trixie, his wife. This and the fact that he was head of the local school and a lifetime Honorary Member of the sailing club, made Bill a very well known and loved character in the Valley who will be greatly missed

PS: A Royal National Lifeboat Institute (RNLI) Tribute Fund has been set up by Bill’s family in his memory. You can donate to the fund here: