More Racing in the Winter Series

I haven’t been able to sail for a few weeks so it was interesting to note that the old order has been restored at the Club – with Chris Goldhawk winning both races on Sunday. However things didn’t go without incident and it was great to see a total of three beautiful wooden Solos on the water amongst our more modern white hulls.

The wind was from the south west gusting up from 10 knots to nearly 20 knots at times. To make it even trickier it was shifty too with little consistency in the oscillations. We had a Club House line for the starts and I was thrilled to shoot away at the beginning of the first race, hitting the line at maximum speed and perfectly on the hooter. However although I managed to cling onto the lead round the first mark I was soon overtaken by Chris and then Rob and then Simon. The conditions offered marginal planing opportunities and whilst Chris gave a virtuoso display in downwind technique I was sitting too far back in my boat for much of the time and it was Simon who hammered the final nail in my coffin: although he was going faster than me downwind, I thought I could hold him off by pinning him down to leeward but in the run up to the final mark he caught me knapping: whilst I was preparing my lines about 10 boat lengths in advance of the zone, he luffed up to windward at speed; I was too slow to react and although I tried to luff him higher he had just enough boat speed to sail right past me and managed to establish his overlap a couple of boat lengths before we entered the zone. Adroitly done.

The gusts had dropped a bit by the start of the second race however although it was Chris who shot away from the start this time, Rob caught him half way through the race towards the end of the beat up to 7: as is often the case, the wind was getting increasingly shifty as we sailed up towards the mark near the shore and Rob read a header perfectly to get at least a boat length in front of Chris – before the master then re-asserted his dominance in the down-wind leg to win the race. Yet again. Many congratulations. 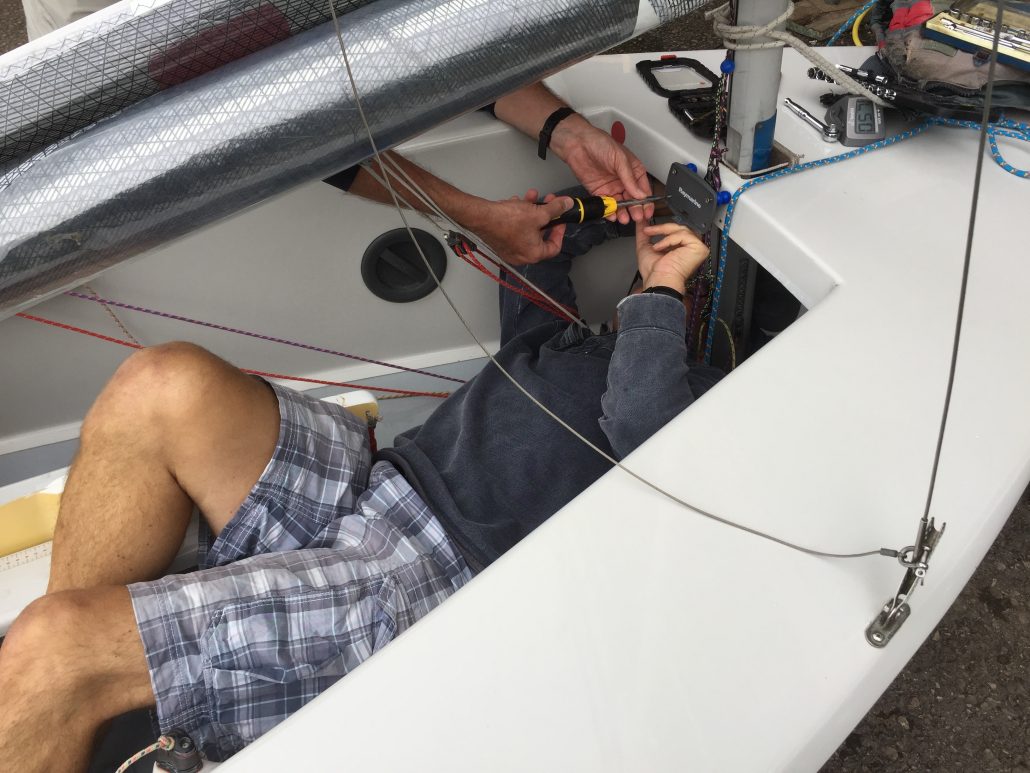 How many Solo sailers does it take to fit a compass ?