Many of you must have a sense of déjà vu as we find ourselves back in Lockdown ‘light’. Well, ‘light’ in terms of schools, universities and bizarrely, garden centres…. One or two have expressed surprise at not being permitted into the club site to check on their boats, but this was emphasised by the RYA forum we joined on Wednesday night. The nugget of hope is that we may be able to pick up where we left off sailing wise in December, rather than the softly-softly approach we had to adopt at the end of the first lockdown.
We will try to keep you all informed over the next few weeks. I can confirm that Helen has re-activated the local member daily patrols of the site to give us some peace of mind that our precious galleons are surviving, even if the spiders are thriving!

What has been happening on the sailing front?

I am tasked with writing a bit about sailing when, unfortunately the recently announced government regulations prohibit us from being able to do so until at least early December. Until the new lockdown, it had been great to see growing numbers of sailors returning to the lake, with active Wednesday, Saturday and Sunday sailing and racing sessions. When I looked back at the number of individual sails booked since we started sailing after the first lockdown, I was surprised to see that it amounted to just under 3,500! Thank you to all the duty teams that have helped make this possible, and to all those sailors, schools and university groups that have used the club in such challenging times with such good natured humour while respecting the various additional Covid rules now in place.

In terms of sailing, we recently concluded our back to racing series 1 which saw Pete Sherwin take the honours in the laser fleet, closely followed by Ed Baker and Austin Milner. Chris Goldhawk won the B Handicap from Dave Oakey and Chris Meredith, while Derian and Andy Scott in their Fireball did the honourable thing and let me take victory in the A Handicap with Rob Higgins in his 700 3rd.
With the start of our new return to racing series 2 we took the opportunity to trial a few changes to the format, setting a windward leeward course for those boats that prefer the up/down course rather than a traditional around the cans option. Although the trial has been cut short by this lockdown, feedback on the first few weekends was overwhelmingly positive and this is further reinforced by the growing numbers of RS100s, 200s, 700s and skiffs seen flying around the lake. Indeed, one of the great things about the return to racing has been that it has provided an opportunity to trial a few different ways of approaching things, and you can expect us to continue to test out further changes when we are able to get back to the water, which will hopefully be possible in early December.

Club Duties from our duty supremo

To reflect the lockdown closure of the club, the rostered duty teams for the period 7-29 November inclusive have been shifted forward so as to start from 5th December. The shift of the duties assumes that lockdown will end on 2nd December. If this proves not to be the case, the duty teams in the December roster will be shifted sequentially further forward into January as necessary, until such time as lockdown is lifted and sailing can recommence.

If you are affected by this shift in the roster, you will have received a new notification email from Dutyman giving the new details for your duty. If you need to, please seek swaps using Dutyman in the usual way – in extremis, please try to give me at least 2 weeks’ notice if you are unable to find a swap. Similarly, please let me know as soon as possible via duties@chewvalleysailing.org.uk if you have been rostered but are shielding, have developed COVID symptoms, are self-isolating, or are affected by local lockdown/restrictions etc, so that I can try to find a replacement.

Two training days for the junior and youth sailors in Fevas and 29ers were held in late October. Quinn Edmonds ran his first Feva coaching session with plenty of downwind work for Rosie & Susie Sheahan and visiting boat Fin & Zeb. Alice Masterman (49er FX Team GB sailor) was back again to coach a depleted 29er group following a few coronavirus cases in school year groups forcing whole year groups into isolation over half term. Alice managed to dodge most of the squalls and occasional hailstorms to deliver a great session for Sam Cox & Will de Jaeger, and Megan Rhodes and Alfie Sheahan. Sadly our training plans are now on hold but we hope to start up sessions once we are able.

A number of the junior and youth classes managed to hold an event in October, though sadly the rescheduled RYA Youth Nationals at the end of October were cancelled. Rosie & Susie and Vanja Ramm-Ericson & Maia Delin attended the Feva Open meeting at Island Barn Sailing Club, with Rosie & Susie finishing 3rd and Vanja & Maia in 6th. The 29ers held their GP2 at WPNSA with varied conditions across the 2 days. Megan and Alfie finished 23rd in Silver fleet; with Ted Lane & Rupert Clapham 38th, and Sam & Will 27th in Gold Fleet. The ILCAs had a qualifier in October, also hosted by WPNSA, with all 3 fleets racing. In the 4.7s Emily Elms was 14th overall, and 4th U16 girl. CVLSC was well represented in the Radial fleet with Ollie Willcox, Ed Baker and Dru Townsend all competing. Dru finished in 45th and 3rd U17 girl overall. Ed was placed 28th and Ollie finished 11th and 4th U17 boy overall in a fleet that included 3 Team GB sailors.

Also from the WPNSA event Club member (but not youth sailor) Jake Farren -Price finished in 5th in the standards including a race win against a number of the Team GB sailors. Pete Sherwin was 19th and first GGM – Grand Grand Master or is it Great Grand Master – either way it’s pretty great!

Wednesday 04-Nov-20, a day with clear blue skies, sunshine and light flukey winds, attracted six of our regular DF95 sailors to Chew for the last time for at least 4 weeks. Interest in the DF95 continues to grow and the gathering of six boats attracted a lot of onlookers to take a closer look and even have a trial sail.
After the past two weeks of strong winds that were too much for our A rigs, and even at times the slightly smaller B rigs, DF95 sailors were only too pleased to be able to use their A rigs again as we all have this suit of sails. A series of informal races were held in close proximity to the plastic pontoon which despite the variable wind and interruption from the university sailors launching their Fireflies, provided some good fun and all the usual racing challenges.
The next four weeks will unfortunately, but with good reason be sailing free. C rigs have been ordered by several after seeing Errol’s C rigged boat going so well in the strong winds. Lockdown 2.0 will give the opportunity to spend time doing a good job building what looks to be an essential addition to your sail wardrobes. We are all looking forward to returning to sailing again as soon as it is safe to do so. In the meantime, have fun building your C rigs and stay safe and well.

Please, if any of you get up to any vaguely sailing related activity in the next three weeks or would like to share any tales of sailing derring-do since the first lockdown, let me tell everyone by writing a few paragraphs to keep us entertained! Also any related photos will be gratefully received.
Finally, stay safe and look after those drysuits for our return…. 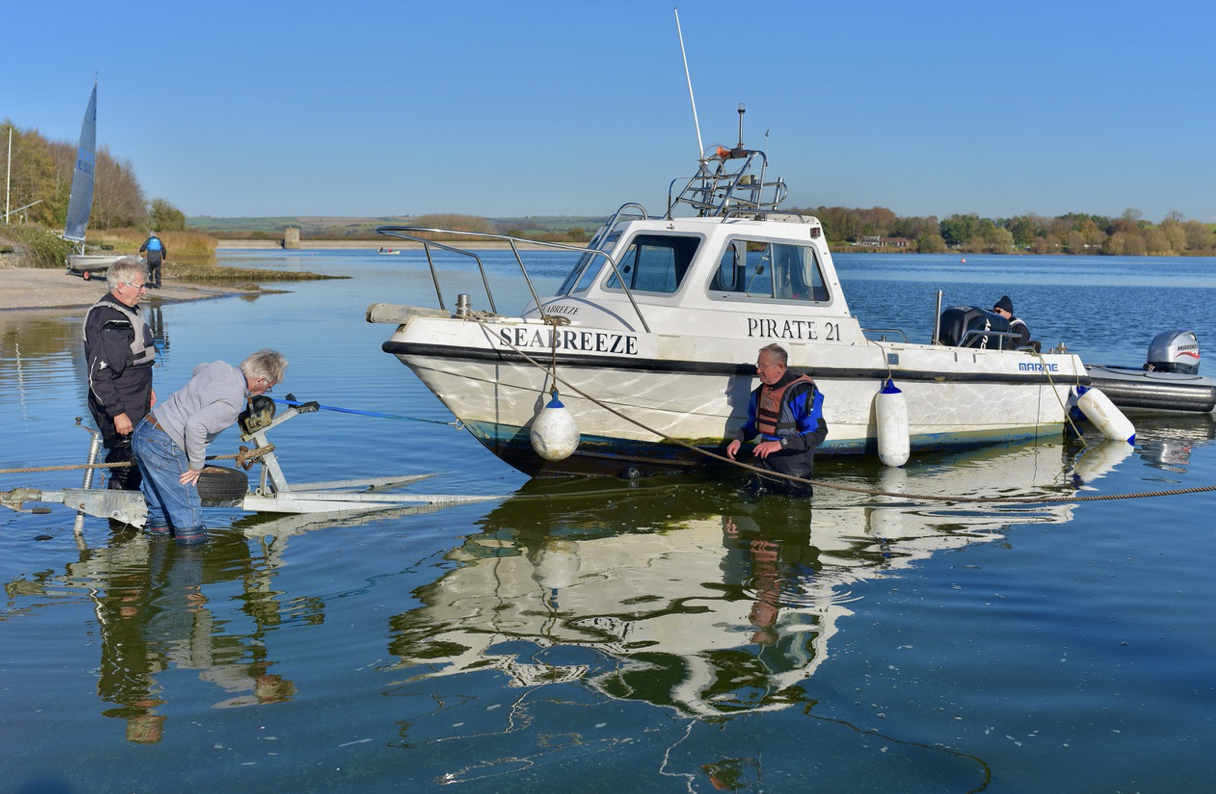 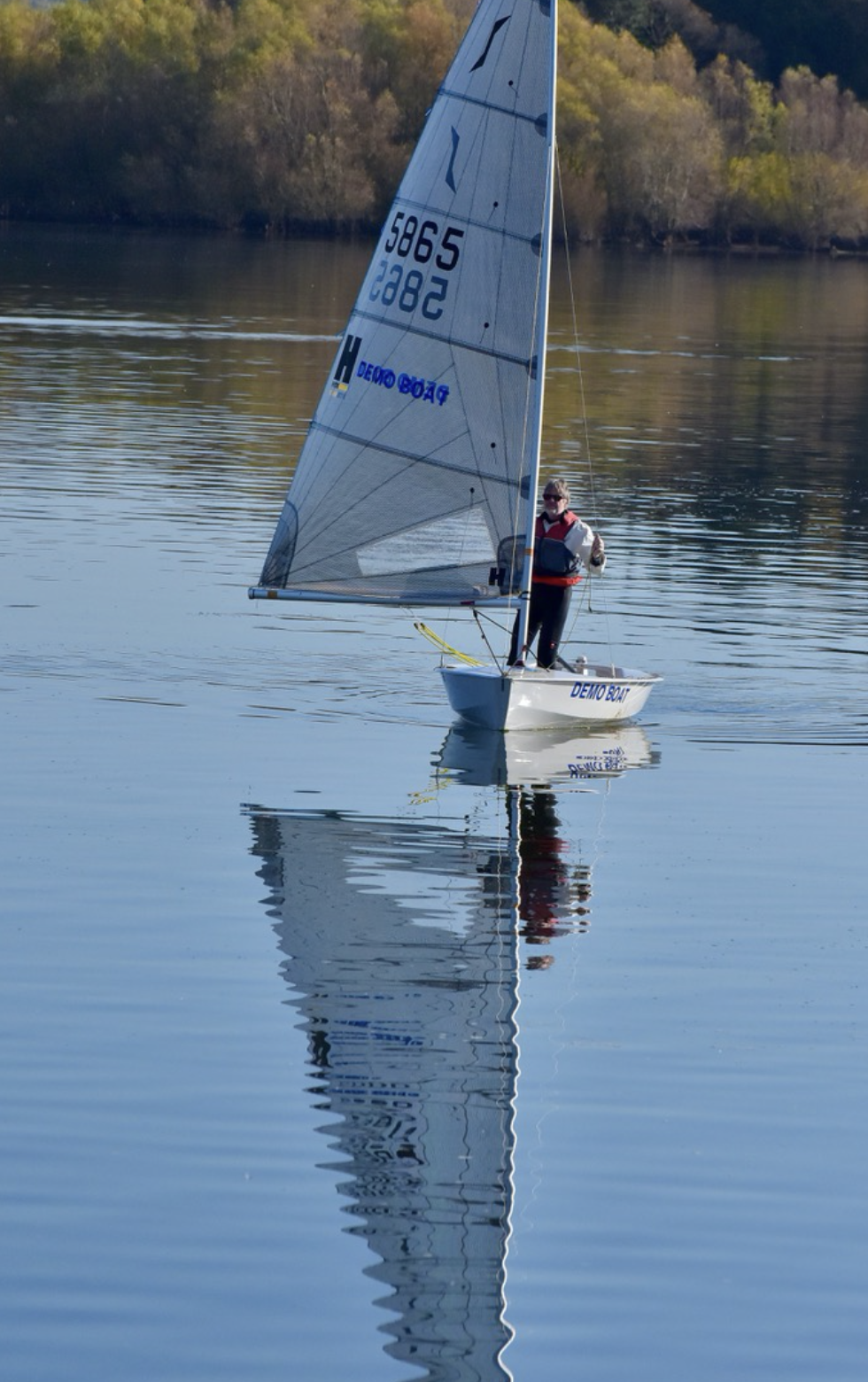 Nigel Carson got the Solo Demo boat centreboard stuck! (Down!) 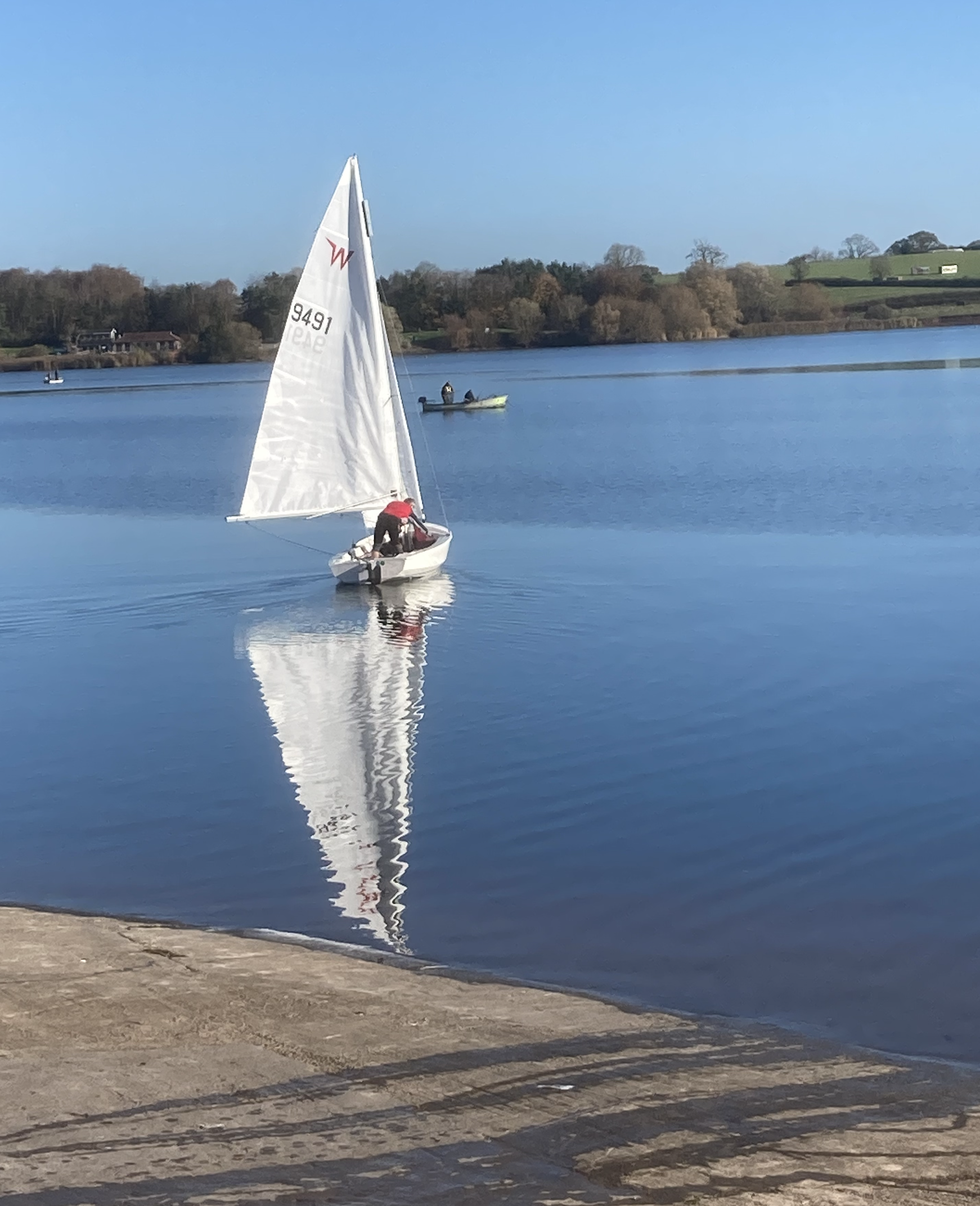 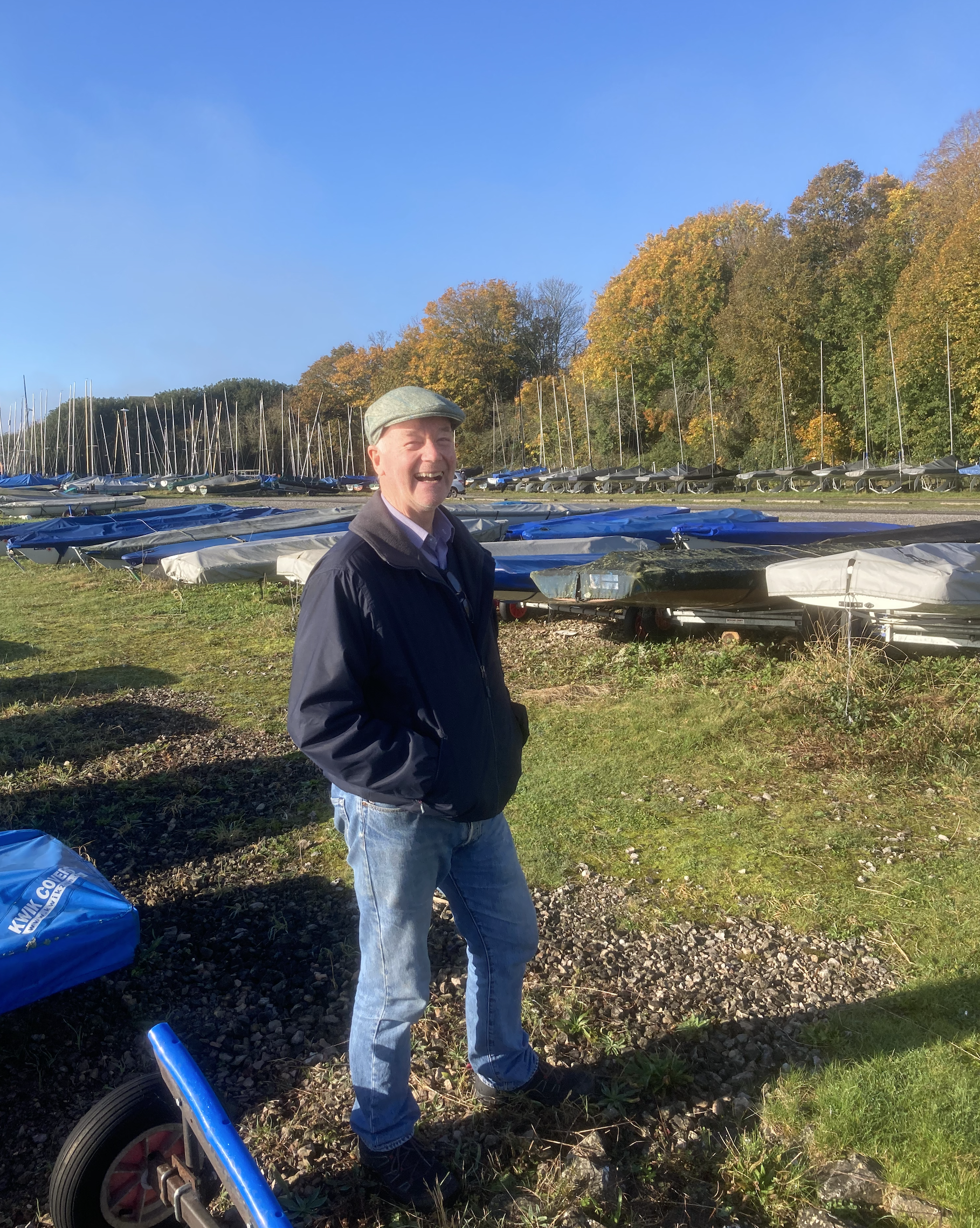 Rear Commodores only look this happy when they are on top of ALL House and Grounds stuff! 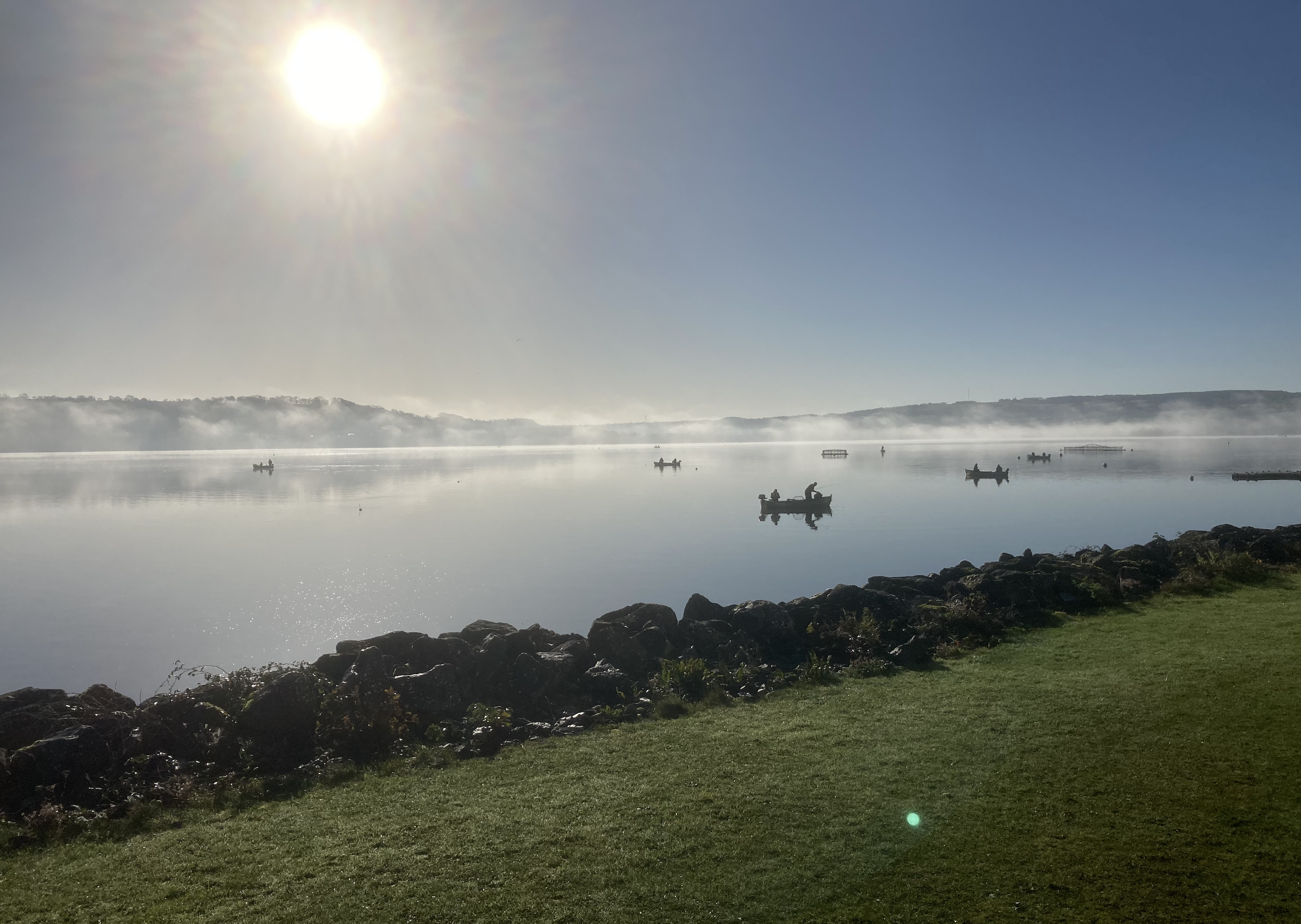 Mist on the lake 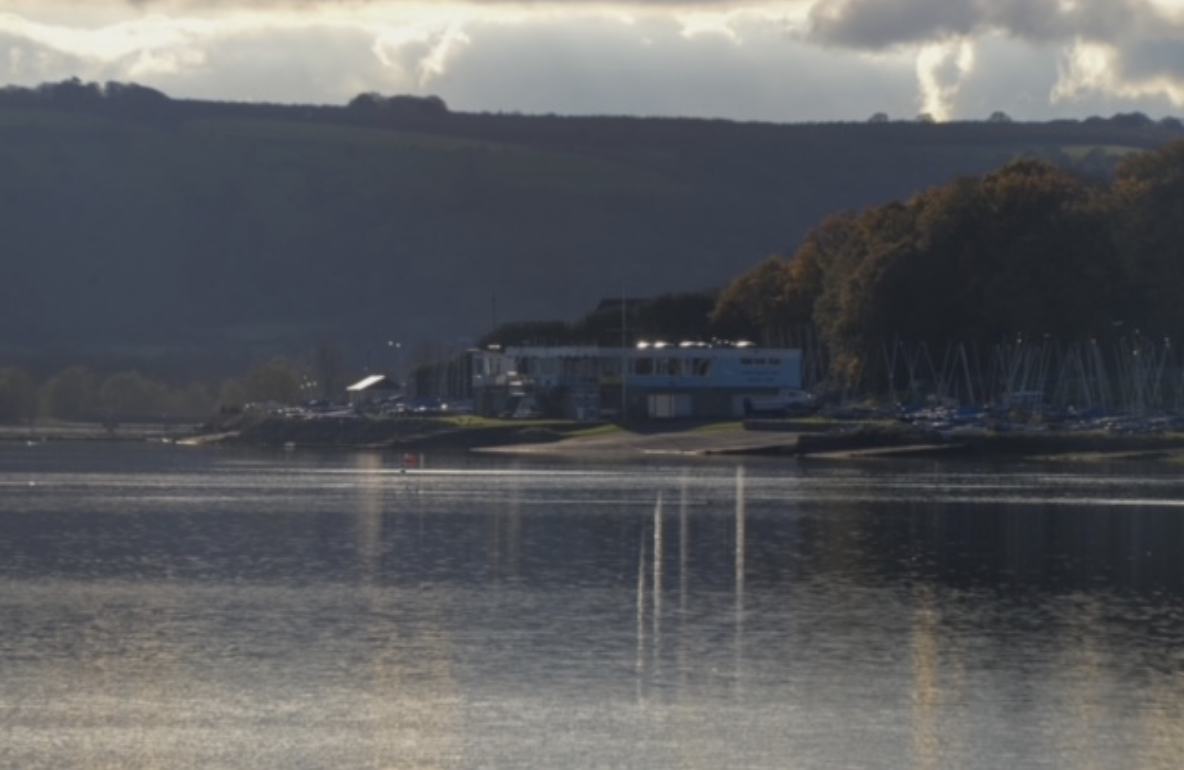 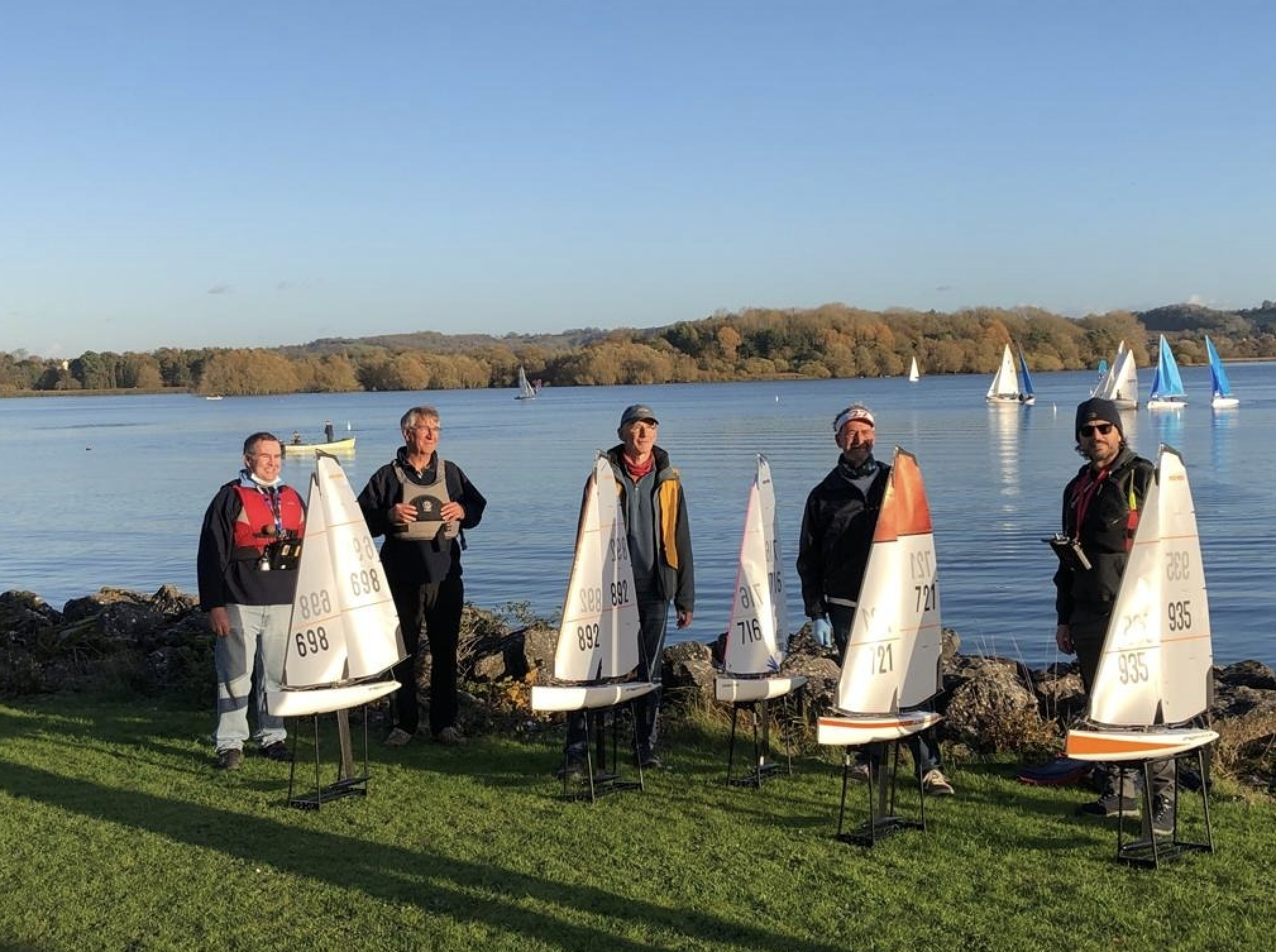 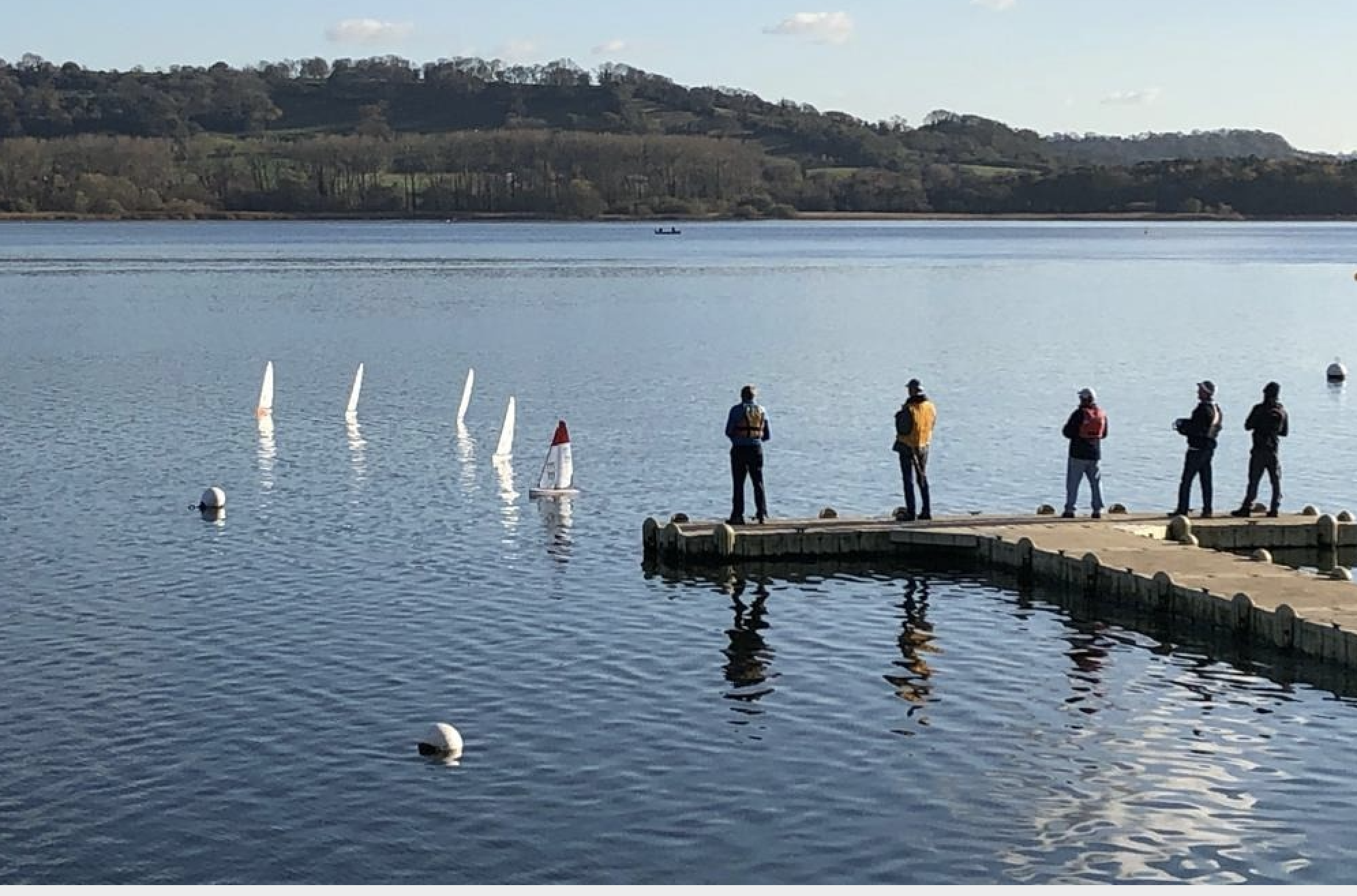 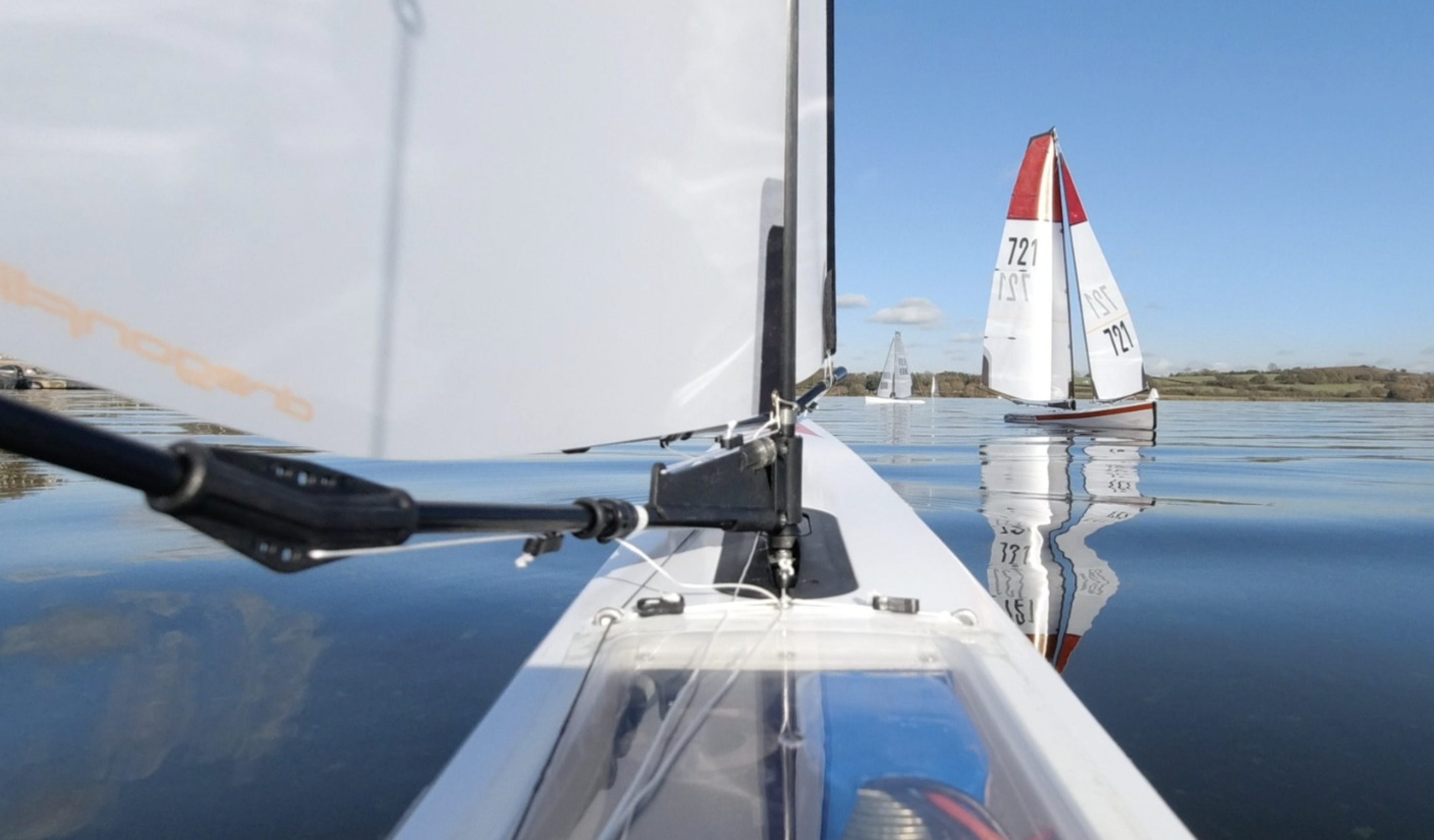 It could be the Vendee Globe….!